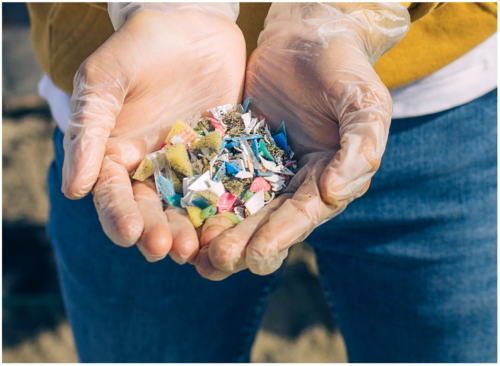 Vilebrequin was born 50 years ago on the shores of the Mediterranean Sea and since then has embodied with lightness and optimism the elegance of holidays on the shores of all oceans. Inspiring, welcoming and nourishing oceans, providing the Earth with 99% of its living space and 97% of its water.

But the oceans are now in danger, threatened by human activities, especially pollution: every minute, the equivalent of a truckload of used plastic is dumped into them.

In light of this, Morris Goldfarb, Chairman and CEO of G-III Apparel Group Ltd. – the parent company of Vilebrequin since 2012, wants to be a part of the change. On the occasion of the swimwear house’s anniversary, he created the Vilebrequin Foundation, of which he is the first donor through the Morris & Arlene Goldfarb Family Foundation

FOR THE LOVE OF THE OCEAN

If the Vilebrequin Foundation is taking to the sea today, it is not by chance: salt water has been flowing through Vilebrequin’s veins since 1971. What could be more natural when you were born under the sun of Saint-Tropez and have been cultivating the art of holiday living ever since? Vilebrequin has also been a story of transmission for 25 years, initiated in its time by pioneering father-son collections before extending to the whole family. Each generation has its own Vilebrequin!

Like a premonition, the Turtle appeared as a brand emblem at the beginning of the 2000s in the swimwear collections. It quickly became an icon and a very concrete project for Vilebrequin, through its support for Fabien Cousteau’s Plant a Fish association in 2011 to protect endangered marine turtles, and then, in 2016, through its support for the Polynesian association Te Mana o te Maona (“the spirit of the ocean” in Maori), which has saved 1,500 turtles and educated 100,000 schoolchildren about their protection and that of the marine world.

For several seasons now, Vilebrequin has also been expressing this marine DNA through its choice of eco-responsible materials. 50% of the 2021 collections are already made of recycled or recyclable materials, and in 2023 the brand is committed to increasing this rate to 80%, by seeking out the most eco-friendly resources: innovative textiles made from plastic waste recovered from fishing boats in the Mediterranean, organic cotton, linen and Tencel© (a fabric made from the pulp of eucalyptus wood).

The Vilebrequin Foundation has set itself an ambitious goal, one that is equal to the challenges: to protect and preserve the oceans of today so that future generations can in turn benefit from them. Because one thing is certain: the oceans need our help now. And time is running out. Every year, 8 million tonnes of plastic end up in the sea, threatening wildlife and contributing to ocean acidification. 500 dead zones, marine areas rendered uninhabitable to all life by pollution, have been identified to date, representing the total surface area of the United Kingdom. With only 1% of their waters protected, the oceans need, more than ever, a mobilisation on a human scale. For Vilebrequin, it has become clear that the scale of the company is no longer sufficient: an independent foundation with sustainable funding can go much further.