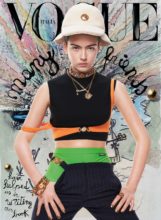 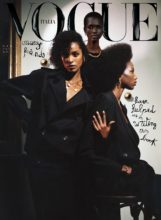 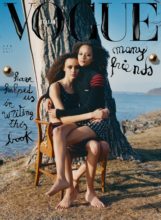 Is there anything that Kim Jones cannot do? Vogue Italia extended their “family” to include  Jones as the guest editor of  the April edition of Vogue Italia. The result is a collaboration between the in-house team, their roster of important talents in photography, styling and writing and  Jones. Obsession is the theme and it is acted out in one on one exchanged dialogues. Topics include first editions, music, figurative art and a conversation between two web stars: 19-year-old comedian Elsa Majimbo comparing notes with fashion blogger Bryanboy on hates, likes, mentors and dates with destiny.