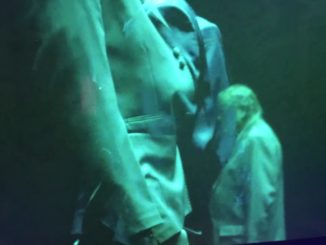 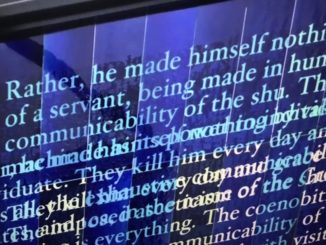 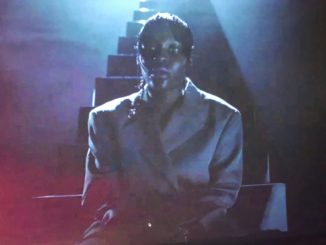 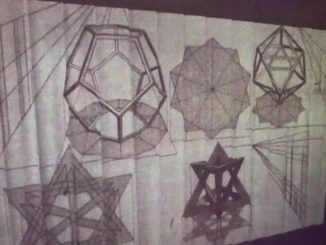 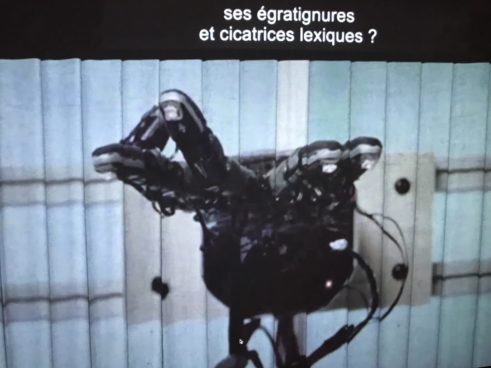 ‘Visionary Company’, the exhibition by filmmaker and performance artist Wu Tsang along with her multidisciplinary collective, Moved by Motion, virtually opened today at Lafayette Anticipations in Paris . The immersive installation was put in place last October but due to COVID19 after 10 days  was closed to the public. This is the first solo show of Wu  Tsang in France.

A 30 minute film is  the center piece of the exhibition based on texts of ‘come on, get it! by Tsang’s long-term collaborator, the poet Fred Moten.   Dancers perform around a staircase bathed in blue light dragging themselves through the mud. The mud was inspired by an essay of James Baldwin and a main metaphor of Moten’s texts. According to the writer Toni Morrison “water doesn’t flood, it remembers” and the land survives despite the actions of human beings on our world.  Inserted into the film are the faces of James Baldwin, Bette Davis and Lena Schwartz.

Rebecca Lamarche-Vadel is the director of the foundation and Anna Colin is the curator of the exhibition.

Wu Tsang is a filmmaker, artist and performer based in New York and Berlin, whose work is concerned with hidden histories, marginalised narratives, and the act of performing itself. In 2018, Tsang received a MacArthur “genius” grant video above.

While waiting for the re-opening, please visit their mediatheque:  https://www.lafayetteanticipations.com/fr/mediatheque