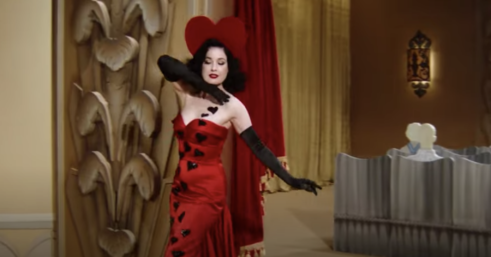 I am a big fan of Jeremy Scott the Director and so this season really made me smile. In the first edition of ASVOFF, I think it was the second film that he directed, won first prize. The collection was super kitsch and fun and let’s say uplifting.I especially liked the fun patch work. Great sets, hair and make-up. A mix of many decades but a real glance to the 50’s merging with the 80’s. He managed to make a theatre piece film that was truly enjoyable which featured the clothes very well.