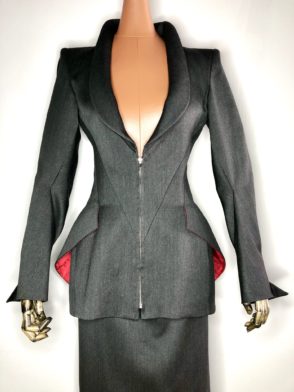 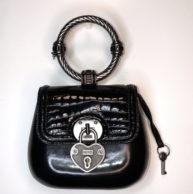 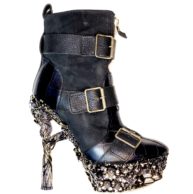 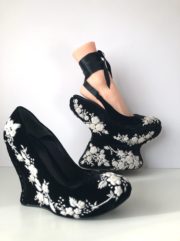 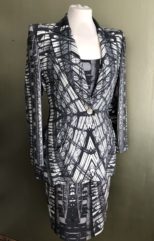 I’ve been on Club House since the co-founder, Paul Davison, spoke on  VOICES in December but in all honestly I only popped in and out of rooms and just recently decided to start setting  up a few rooms.

I’m super excited to chat with John Matheson aka McQueen_Vault Tuesday 16th at 5PM London/6PM Paris time. So here is a little teaser. The images above are are some of John’s favourites from his personal archives, or the “McQueen_Vault archives.”

Here are some of John’s favourite editorials:

Another Magazine by Nick Knight SS2015

photo by Sean Ellis
Here is a little preview chat:
DP: Did you discover McQueen through the WWD cover?
JM: The WWD press clipping was my first article I saved. My first experience with McQueen was seeing him and AW 1996 “Dante” on “Video Fashion!” and “Fashion Television” with Jenne Becker. I couldn’t shake what I had seen! I went mad recording with my VCR! I’m from the rural South Eastern US so access to fashion information was hard work.
DP: You said you had access to WWD through the place where you worked, where was that and what did you do there?
JM: In the 90s I worked as a buyer and manager for an alternative boutique called The Venue in South Carolina. We carried Paper Magazine, Detour, The Village Voice, Propaganda, Project X, Interview, Dazed and The Face and the owners had a subscription to WWD, and I would obsess over them every day they would arrive in the post. Then I discovered Vogue Italia and would drive 5 hours to buy a copy because it would go so much further.
I started clipping magazine editorials and adverts over the years and would try to buy anything I could with articles with McQueen featured.
In the last 8 years or so I started collecting actual items to study construction and patterns, shapes and fabric. It was a true change in perspective to see the work in print versus in person.
DP: Were you involved in the McQueen documentaries?
JM: I wasn’t involved in the McQueen doc. But had a great conversation with Peter Ettedgui about it – haha!
DP: The first edition of ASVOFF was at Jeu de Paume and I screened the CBC video with Tim Blanks walking through the park with McQueen, did you see it?
JM: That doc you mentioned with Tim Blanks and Lee McQueen is something I would give anything to have. I used to have it on VHS and lost it during a move across the US. I would LOVE to see it again! It was so good. It’s like many videos I wish I had access to… I’m lucky to have many but am always searching for the elusive Givenchy show! They are quite sacred and some of my favourites.
DP: You should see if CBC has archives on line, if they do probably Tim Blanks also interviewed Lee before the Givenchy show. I know that McQueen was not happy at Givenchy nor was Givenchy happy but come to think of it I was there either working with CBC or JOYCE Hong Kong. I loved it, I remember it well.
Join us on CLUB HOUSE Tuesday February 16th, 5PM GMT/6PM CET.
Later,
Diane