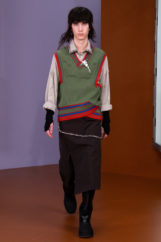 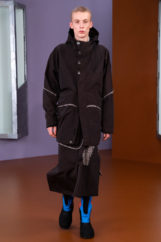 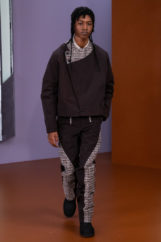 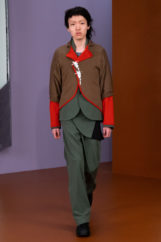 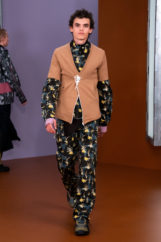 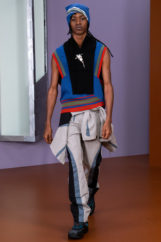 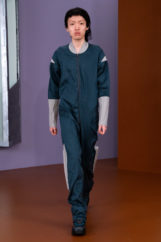 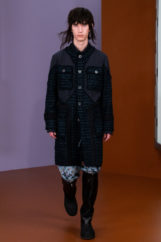 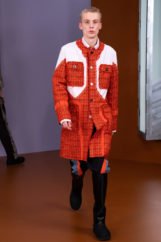 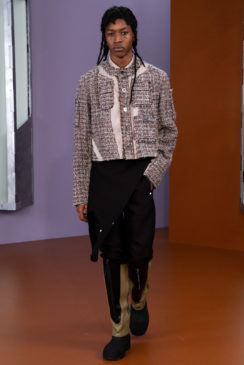 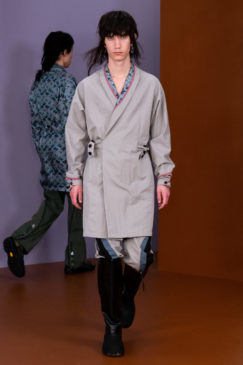 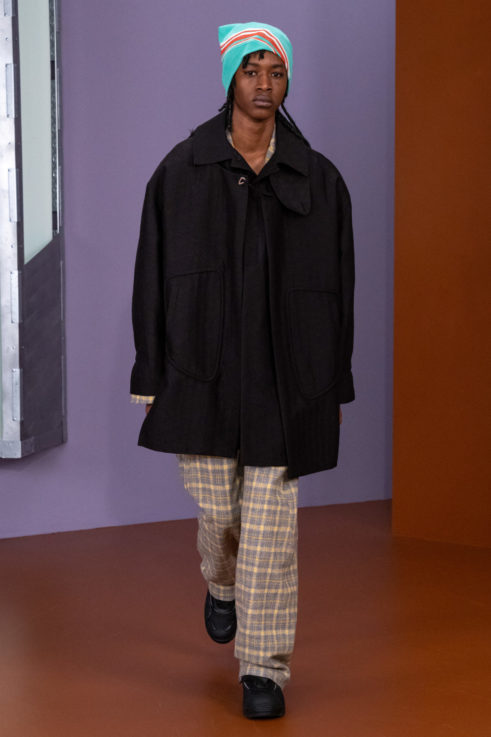 The Kiko Kostadinov Men’s AW2021-22 collection continues the designer’s intrinsic exploration of hauntology – a Derridean portmanteau of ‘haunting’ and ‘ontology’ that prescribes the ghostly return of elements from the past. Originally referring to Marxist theory and later applied to music, cultural memory and retrofuturism, when applied to fashion a hauntological reading allows for the postmodern ‘non-origins’ of Kostadinov’s designs to exist as a construct of myriad, non-linear references. Amongst those signposts, a pair of literary works inject the collection’s perpetual experimentations in patternmaking with the leitmotifs of speculative and bucolic narrative. The first, Christopher Priest’s A Dream of Wessex (1977), delves into a future trapped within virtual reality. The second, Patience Grey’s Honey From A Weed (1986), charts the author’s culinary adventures of foraging across the Mediterranean. Though neither appear literal nor overt, both stories permeate with a striking polarity to express extreme notions of formality, comfort, utility and artifice.

The Kiko Kostadinov Men’s AW2021-22 collection is situated in a Priest-inspired purgatory, where suspended vertical sleeping pods await bodies in a clinical construct of chromatic planed surfaces. The simulation of a runway presentation riffs on the standardized documentation of fashion show imagery, removing elements of cinematic storytelling and art direction to comment on our perceived notions of the genre. Breaking this traditionalist conceit, a dual approach to still imagery sees a concise group of 30 silhouettes released to traditional media outlets in a core representation of the season, whilst a further 60 silhouettes will expand the styling possibilities of the collection as randomized triptychs in a dedicated window on kikokostadinov.com.