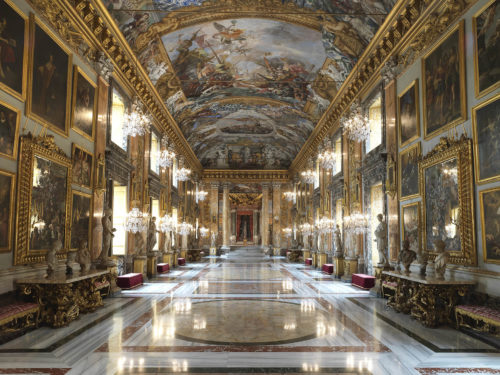 The Creative Director of Valentino, Pierpaolo Piccioli will present his Haute Couture collection digitally in conversation with the British artist Robert Del Naja from Massive Attack. You will be able to watch it on digital channels Tuesday January 26th at 3h00 pm. The film made by Robert del Naja is based on a cut-up collagist script that explores the Haute Couture process, was filmed and observed by machine learning algorithms and spontaneously edited by neural networks trained by Del Naja’s collaborative partner, neural artist Mario Klingemman.

Pierpaolo Piccioli selected Galleria Colonna, Sala Grande, Roma, to highlight the mastery behind Valentino Couture. Galleria Colonna will also play a pivotal role in inducing a collision with the film made by Robert del Naja.