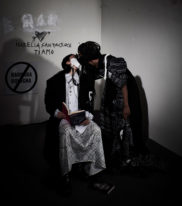 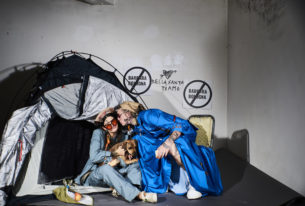 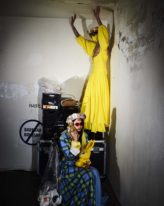 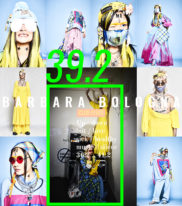 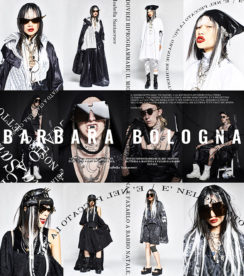 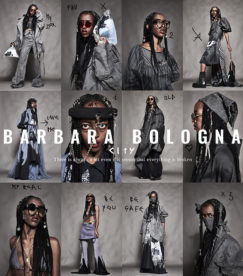 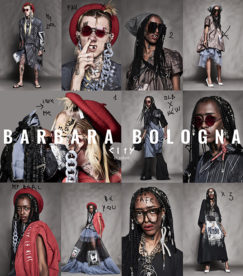 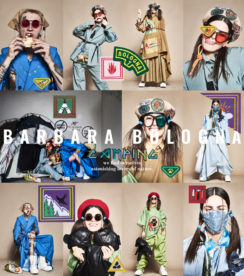 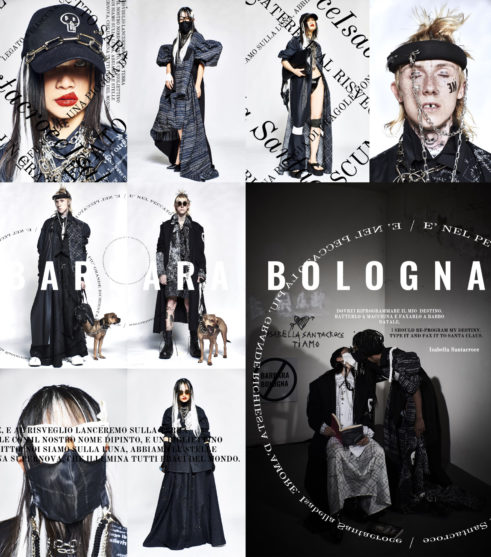 To present this collection ,outside the timelines that until yesterday dictated the law in the fashion world, BB declares that she wants to open a room of interconnections and visions, launching the password of his inner universe.

Like a contemporary witch she also calls us all together to answer something about us, creating connections and resonating with the universe. With a call on Instagram she asked a selection of people to answer a series of questions designed to know the “human” mood of this specific moment, through a self-tape, photos or writings. Each “oracular” contribution ended up in the IG stories dedicated to the new collection, thus opening up the possibility of becoming part of the new campaign.

Whoever comes into visual and tactile contact with the universe, the imaginaries and the creations of Barbara Bologna cannot h hear echoing within her mantra, that is, leave the past and get lost in order to cross the present, to then evolve into a future that is yet to come, and that perhaps we do not yet see.

For Barbara Bologna, pushing oneself to improve and enhance one’s own particularities and uniqueness is a founding task: visionary and in connection with the world, she captures future scenarios and imaginaries – loaded with joy and pain – which she accepts and decodes in their totality, to deliver them then well in advance whispering them in the ear and revealing them to the eyes of those who approach her.

Barbara Bologna if in the Ss20 “we are a video” she told us about virtual relationships with her clothes and then brought those bodies out into the open and reunited them in a future and evolved world in the following season (Fw20 Tribù), now with the Ss21 “I ‘M BARBARA ”this contemporary witch chooses to go back in time to talk to us about the present declining it to an intimate subjectivity.

It is a physiological process, the new collection by Barbara Bologna, it is her breathing that becomes a vision device, through a series of perceptions in continuous dialogue between the inside and the outside.

The designer bv Barbara Bologna tells herself this way:“I’M BARBARA is an extremely intimate and terribly selfish collection: there is no evolutionary message, no denunciation, no reflection other than to show myself naked and talk intrasively about me. I wanted it exactly this way and it was a challenge, because my vision keeps me hidden behind in function of everything that I consider most important and it is partly a lucid re-appropriation of who I am. The tribe I was talking about in February is not now… it has yet to arrive, and I have not forgotten it, also for this reason I feel compelled to tell who and what I am now. Now there is only us, alone with ourselves, in a limbo where everything is possible and nothing is unattainable.For me it was a liberation from a series of commercial compromises that suffocated me and unconsciously conditioned some creative choices. I am simply me, without any filter and I am ready to share myself with those who feel comfortable even with just a fraction of me.If what you see and what story you don’t like, you are free to go.”

In the first mood, CITY,where we are? We imagine her crossing an archetypal city with a new psychic body: a city that until yesterday was a hotbed of stimuli where the faces of unknown people were mixed where the artist Bonnita Postma redefines with the collage technique, inspires BB to rework prints, generating new transtemporal identities in which “Past, present and future decline shades of multiple identities in the now.” In CITY we see Barbara running in this new collective but solitary scenario, where the gray of the clothes is that of the “concrete jungle”: a backdrop with the color of absence, which yesterday muffled the multiplicity of bodies, faces and colors in a saving way , it is now the habitat of ghostly forms, architectures and urban spaces marked by a subtle blood-red mark to remind them of their having emptied.

But the CITY never stops vibrating, despite the present that upsets everything, and it is there that Barbara feels the need to escape and let herself be possessed by the irrepressible desire for euphoria that becomes necessary.

Barbara opens new connections to channel that frenzy that precedes the creative act of the impulse, “Up-down ~ but / love ~ sick / healthy ~ music / silence /36.2 ~ 41.2”, to shape her body, like yours who responds with a feverish state: 36.2 / 37.5 / 41, her cheeks turn red, her eyes roll back, the gray of the city explodes again in the color of the second mood, CLUB FEVER. BB’s graphics and prints are his new alphabet and a climax sequence, his face on CLUB FEVER’s silks and the printed temperature number take us back to this anxious daily practice transfigured in the apex of creation that precedes emptying. .

“When everything is dilated, there is nothing, and we seek everything and we find ourselves overwhelming lovers of nature, pwhy-home, why-homeland, why-future. ” With these words Barbara Bologna switches to the CAMPING mood which seems to be “that moment in which one

finds oneself and finds oneself again, in the intimacy of the carefree love and in the fluid emotionality. Where there is space for play, for leisure and where the drive becomes taking care of each other as well as the 4 animal species and the 4 seasons in danger of extinction, and it turns out that you have always wanted to be a boy -scout “.

“I’M BARBARA” ends with her alter ego: the writer and artist Isabella Santacroce.

The CERVELLI ( BRANIS) mood is the original matrix of this transtemporal lucid dream, where the organ becomes the heart that beats in search of “a new future” through archetypal places to face “the new future”. In BRAINS there is all the strength of the interconnection between the heads of two women who, while working in different fields (Isabella in literature, Barbara in art and fashion) seem to be the mirror of each other. “The only novels I read are hers because I feel tremendously the same as me,” he says BB which continues: “here I am, now and now. You are Isabella my animal species and this is my brain, and so he cares, and so he gets raped and so he explodes, my muse. Isabella. ”

BRAINS is the fusion of the two artists, this two-headed creature that shows itself to us only at the end, revealing the outcome of this process.

Barbara Bologna is an Italian artist and designer. She has worked for years in the field of performance and theatrical arts, then launching her brand “Barbara Bologna” (strictly Made in Italy) distributed all over the world in high-end luxury boutiques. His collections are presented in Paris and Milan.