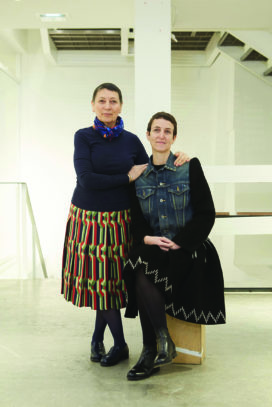 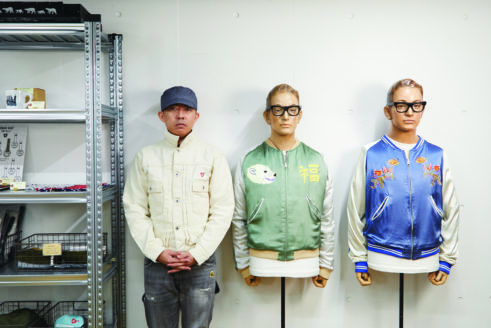 It has been three years since the iconic boutique, Colette, closed. Saint Laurent is currently in that real estate, totally re-designed. On December 20th the official documentary on the boutique will be launched. December 14th it will be available on Highsnobiety Shop.

The 60 minute documentary in French, English and subtitled in 5 languages “COLETTE MON AMOUR”, co-produced by Highsnobiety, La Pac and Eliane Lawson-Body, and directed by Hugues Lawson-Body, also features exclusive interviews with leading industry figures such as Emmanuel Perrotin, Caroline de Maigret, Pedro Winter, Ronnie Fieg and more. Each shared their memories of the concept shop and its effect on the fashion industry and youth culture.

“To commemorate this grand finale, there will be one last drop of exclusive products, including collaborations with Thom Browne, Saint Laurent, LEGO, Mattel, Soulland x Snoopy,

Bamford, L/Uniform, Officine Universelle Buly, and others, on December 14, 2020 on Highsnobiety Shop.

“The idea of the film “COLETTE MON AMOUR” came from the urgency to document the last months of activity of that mythical store in the wake of the announcement of its closure,” said Hugues Lawson- Body, director.

“It was imperative to keep a record of the 213 rue Saint-Honoré and everything it symbolized,” said Eliane Lawson-Body, producer. “COLETTE MON AMOUR” is first of all a very beautiful human history. Then, as I was wondering about that sense of urgency, I realized how admirative I was, in many ways, of Colette and Sarah. On the one hand, because of everything they instilled into art and culture as well as the mix of genres they promoted and, on the other hand, because of my short collaborations with colette marked a real turning point in my career, just like for many artists and creators. Therefore, it became clear to Eliane and I to tell the story of the colette store through our perspective. This film is a tribute to the atypical nature of the concept store and its founders,” said Hugues Lawson-Body, director.

“When Hugues heard the news of the store’s closing, he asked if he could shoot a documentary,” said Sarah Andelman, founder and creative director of colette. “I had no idea where this journey would lead, how many people would be interviewed, from clients to crew and partners. I hope the people who watch the documentary will share this ephemeral moment in time and the beautiful energy everyone helped create.”

“The impact of colette’s closing stretched far beyond Rue Saint-Honoré,” said David Fischer, founder and CEO of Highsnobiety. “Having the opportunity to bring colette back to life through this documentary has been among the proudest moments for me and Highsnobiety, as it’s imprint on culture, fashion and streetwear will always be felt.” The first post of Highsnobiety blog, back in 2005, was an interview of Sarah about colette.”

Founded in 1997 by Colette Roussaux and Sarah Andelman, colette was known globally as the first concept store. Since its opening, the store revolutionized the retail model by fusing luxury fashion with streetwear, art, beauty, lifestyle, and more, opening a new world of unexpected collaborations that many retailers and brands are now adopting. It was a champion of emerging talent for 20 years and sat at the center of fashion until its closing.

Highsnobiety is a brand dedicated to a new generation of cultural pioneers. Our scope encompasses everything from fashion, to sneakers, to design, music, and entertainment. In a world where being culture- obsessed has become the rule (not the exception), our mission is to turn curious outsiders into cultivated insiders.