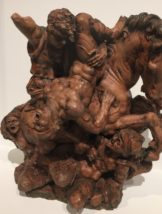 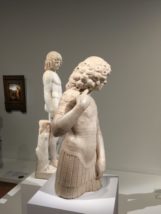 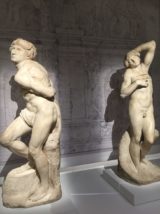 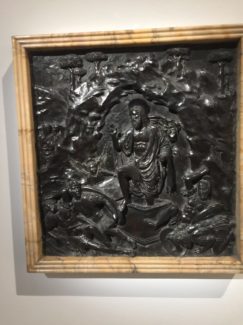 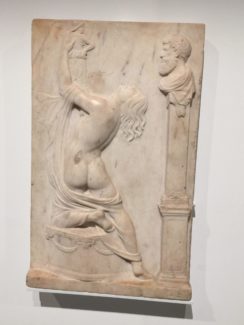 I think you will agree with me, that in these difficult times what we all need is a little beauty and that is exactly what the current Le corps et l’âme exhibition provides. The exhibition is organised with the Castello Sforzesco museum in Milan and highlights the main lines of force that spread throughout Italy during the second half of the Quattrocento, culminating, at the beginning of the 16th century, in the heyday of Renaissance sculpture.

The representation of the human figure in the diversity of its movements  takes extremely innovative forms. This research into expression and feelings is at the heart of the work of the greatest sculptors of the period, from Donatello to one of the most famous creators in history, Michelangelo. The exhibition also proposes to go to the discovery of less famous artists, to admire works that are difficult to access because of their place of conservation (churches, small towns, exhibitions in museums). “The Body and the Soul” follows the exhibition “The Spring of the Renaissance” presented in 2013 at the Louvre and Palazzo Strozzi and devoted to the
beginnings of Renaissance art in Florence in the first half of the Quattrocento. The exhibition is organized by the Louvre Museum and the City of Milan-Superintendency of Castello Sforzeco and will then be presented at Castello Sforzesco in Milan.