Gosha Rubchinskiy has recently revealed a new Collaboration with Adidas, this time the collaboration includes the fashion designer’s brand project GR-Uniforma. The Adidas collaboration is supposed to serve as the epilogue to the GR-Uniforma project.

It’s been almost two years since the Gosha Rubchinskiy scandal about those texts with some underaged boy who claimed the texts to be inappropriate. After the scandal and the Gosha team releasing a statement that would reassure that the texts were a completely normal habit of the team and their famous street casting practices the artist and fashion designer took a leave from the fashion calendar and in the meanwhile started teasing a project called GR-UNIFORMA.

The fashion talk about Gosha has been the same ever since “do you think it’s true?” “Do you think it’s bad faith from the boy?”. I personally think the topic is particularly delicate, considering the current and violent social state of Russia regarding homosexuality. It’s very easy to imagine bad faith. On the other hand, there is the self infringed pause and the fact of changing the brand’s name, feels like an attempt to disassociate it from Gosha himself, which in that case doesn’t seem to be possible right away, considering all their communication includes the legend of “GOSHA RUBCHINSKIYxRG-UNIFORMAxADIDAS”.

It’s a shame to have to forever speculate about this topic, Rubchinskiy should know well that fashion is mainly some sort of social performance and therefore the message contained by clothes or whatever accessories is of imperative manner, so I don’t think that the lack of effort in how they dealt with the two-year-ago-scandal is enough to convince the crowd to participate from his fashion-subject. Specially if you consider the fact that most of Gosha’s fans back on the day were little heterosexual teenagers or young boys who just wear the clothes for the very superficial message of them, because their friends wear them and therefore they are “cool”. Teenagers who also spend more time online sharing memes and participating on scandals like Rubchinskiy’s than building a correct political speech.

Focusing on the current footwear collaboration with Adidas, it has been stated that the sneakers were actually inspired by “classical German army uniforms” (seriously Rubchinskiy?). The design of the sneakers is pretty flat and unespecial. The shoes are supposed to be a sort of exercise about creating a uniform that doesn’t recognize from “where people come in the world and as a result they would all feel included and united”. Of course that’s just marketing talk, unless the world is all composed by little white twinks as portrayed by Gosha in the images created for the project in his website.

I do have to say that the all presentation of UNIFORMA comes together pretty neatly and it is very seductive. That’s probably Gosha’s cup of tea. At the end of the day a good presentation can be stronger than a good or bad product itself and maybe strong enough to create new social interest. I must add that the music also created around the project is also pretty good. Maybe this new creative complex, which includes music, photography, film and more is a new sunrise for the Russian artist and fashion designer. I will personally stay on the watch. I think it’s definitely a moment to watch. 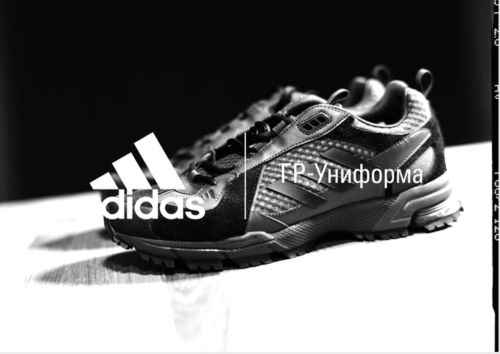 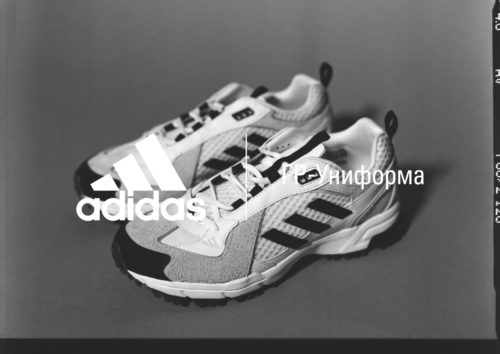 The GR-Uniforma by Gosha Rubchinskiy x adidas sneaker collaboration will retail for 205 Euros a pair and it will launch on 30th October 2020 at selected Comme des Garçons and Dover Street Market stores worldwide and in a carefully curated network of retailers.