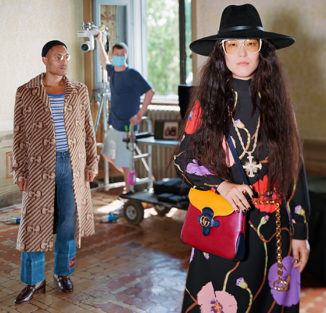 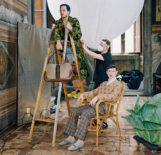 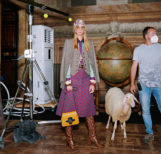 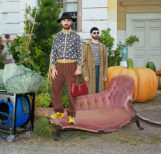 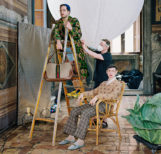 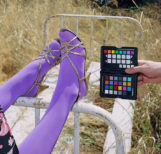 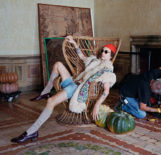 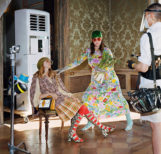 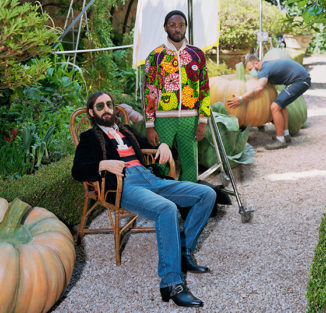 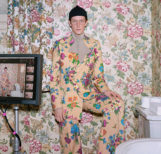 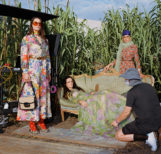 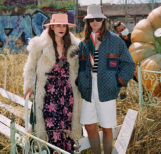 If you watched the 12 hour behind the scenes live broadcast you know that the photographer Alec Soth was documenting the fashions on the team that created the pieces and you were privy to the whole behind the scenes activity when putting together the pieces both for a look book and a film all under the direction and watchful eye of Alessandro Michele who calls this act the “chaos of beauty”.

Photographed by Minneapolis native Alec Soth and directed by Romans Damiano and Fabio D’Innocenzo, winners of the Silver Bear for Best Screenplay at the 2020 Berlinale, the campaign concludes a narrative arc that began in February with the An Unrepeatable Ritual parade that allowed Alessandro Michele to bring backstage preparations to center stage. The story continued in May with the launch of The Ritual campaign, a radical experimental approach that blurred the boundaries between models and authors in the quest for a spontaneous and unpredictable conception of beauty. Today, following the live broadcast of the July presentation, this fairy tale has its Epilogue.

Epilogue is the final act of the fairy tale which recounts the story of leaving behind fashion’s old rules, the third part in a series that began with Gucci The Ritual show where he celebrated the ritual of the fashion show, continued with the Ritual campaign where the models created their own images, and concludes with this new collection, worn by those who designed it.