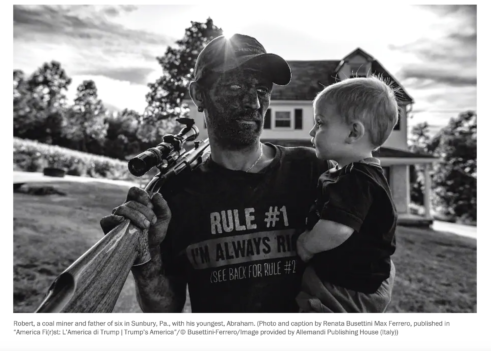 Renata Busettini and Max Ferrero, two incredible photographers from Turin travelled across Donald Trump’s America for four years and this book is the result. As stated above Alan Friedman wrote the text.
https://www.washingtonpost.com/entertainment/trumps-america-italian-photographers/2020/10/23/0b666b1c-1244-11eb-bc10-40b25382f1be_story.html
Later,
Diane