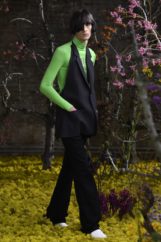 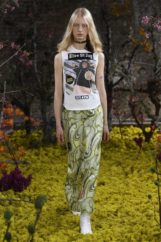 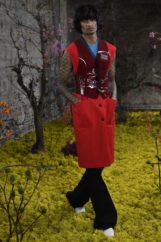 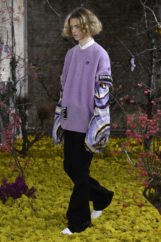 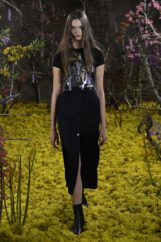 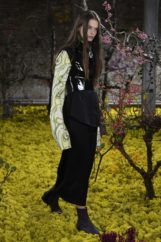 Welcome Home Children of the Revolution!

In the past few years, ever since right-wing populism started rising in the West, we have encountered countless protests across nations, specifically from the youth. Before the pandemic, around the world we have seen, young people taking the streets, protesting for Black Lives Matter, LGBTQ rights, marching for democracy and demanding stricter policies to fight climate change…

Little by little we are seeing the youth reject the systems and rules established by older generations and with the pandemic, we are hearing louder voices from the upcoming generations, as to what kind of a society they want to live in post-pandemic.

Today, we need more designers like Raf Simons who design and translate the voices of young people in fashion. His recent men’s and women’s Spring/Summer21 collection was called “Teenage Dreams”, presented as a short-film which featured models crawling out from a small hole, much like the rabbit hole in Alice in Wonderland, and entering a whimsical in-door forest, that made us feel as if we were entering a secret underground gathering of Raf’s followers.

The message of the collection was youth rebellion, as words like Youth Against, Question Everything, Children of the Revolution were present on badges, pinned to tunics and sweaters. There were photo prints of family members in Raf Simons’s team featured in long-lean coats and jackets, there were turtlenecks with “R” monograms, skin-tight shirts with psychedelic prints. In some of the looks, you could see revised versions from his previous collections; plastic wrapped shirts and coats, oversized hoodies and sweatshirts with Community written on them.

The designer expressed on his website that with this collection, “I don’t want to show clothes, I want to show my attitude, my past, present, and future. I use memories and future visions and try to place them in today’s world.”

No matter what Raf Simons piece you own, each feels as if you are wearing a manifesto, as if you belong to a small underground community. We may argue on how much his brand represents the youth of today, but there is no argument that he was one of the first designers to take youth and their culture seriously, and proved with each collection that fashion means more than clothes.