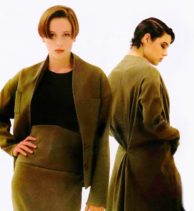 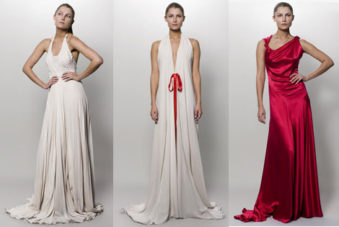 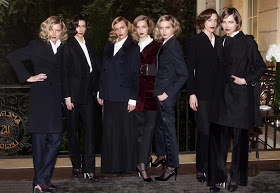 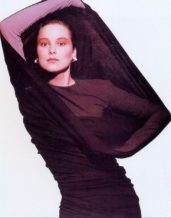 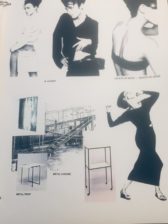 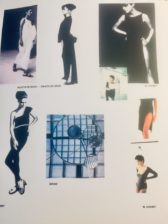 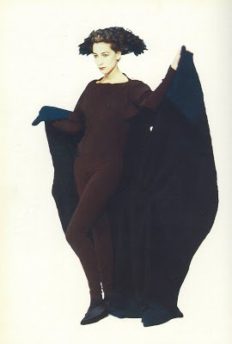 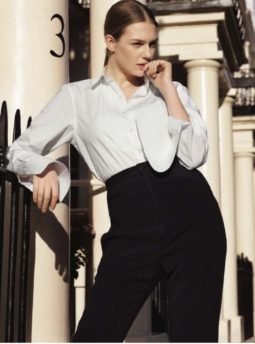 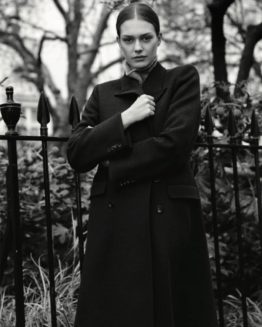 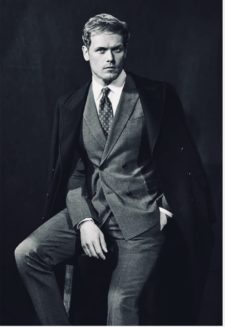 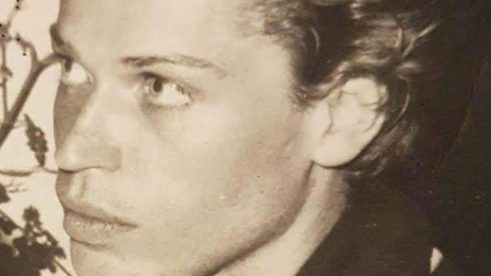 A Parisian, trained at the Penninghen and d’Andon School, Marc Audibet is a fashion designer recognized by his peers, a couturier but also a demanding researcher and industrial designer.

His career path is singular: his inventions of materials allow him to create another sensitive relationship with clothing and above all to redefine the very idea of fashion. “There is no new fashion or new clothes without new textiles,” he explains as Guest of Honor at the Festival of Fashion and Photography at the Villa de Noailles in April 2017.

“Marc Audibet is a link in the chain of contemporary fashion. He may have been forgotten by the general public, personally I believe he’s at the birth of one of the most important textile discoveries of the end of the 20th century,” wrote Olivier Saillard, fashion historian, in Le Figaro on January 3, 2020.

Women’s Wear Daily named him in 1987 the inventor of stretch and minimalism for his fashion (1983-1989). He thus paved the way for the minimalism of the 1990s, which was a refined vision of a women’s wardrobe. “Rendons à César cequi est à Audibet” (Let’s give credit where credit is due) wrote Le Figaro in June 1988 in an article about the story of stretch. In November 1990, the Fashion Group paid Audibet a heartfelt tribute.

Marc Audibet began his career in haute couture as assistant to Emmanuel Ungaro. A young designer in the 1970s, he directed the men’s collection and followed with Cerruti’s first women’s collection, presented in Paris. He was then invited to New York (WWD wrote that he created the “working girl”), where his jackets, coats, very short pants and shirts for women were borrowed from men. Audibet says he learned the essence of men’s fashion and their wardrobe, as well as the importance of the material, with Nino Cerruti. He proposed his first personal Women collection at Pierre d’Alby: under reversible raincoats, he had jersey leggings with very wide double cotton shorts.

During the next twenty years, Marc Audibet was creative director of the women’s PAP for Basile,  Laura Biagotti, Balmain, Touche, Loewe for Monsieur Racamier, Danskin in New York, Trussardi men’s and women’s collection, accessories, and Mme Grès couture with evening dresses for the American market.

In 1980, he designed a summer ready-to-wear collection for the Révillon brand and asked famous photographer Jean-Loup Sieff to create a short film based on La Belle et la Bête by Cocteau. Allusive and ironic, shown instead of a fashion show, the film, arrived too early.

For Hermès, where he became one of the designers for women from 1991 to 1997, he composed an essential and subtly cavalier fashion. For Prada, from 1992 to 1996, he creates what the US Vogue called the “City girl”, a synthetic and minimal wardrobe: the skirt, the sweater, the coat, etc. with return of the length to the knee, called bourgeois, false austerity.

In 1996, at Trussardi, he inscribed the brand in sport (concept and image creation) with a fashion always essential. He proposes jerseys, stretch gabardines, leather, iron-on. He invents a polyester silk preformed with triangles whose elasticity for sport is used for pants, dresses, joggings and suits. And he scrolls the modernised baguette bag. For Ferragamo (from 2000 to 2002) he creates a refined and couture fashion that showcases his shoe and bag creations (including the first sneaker or bag made of leather mesh, double-sided, white and silver). At Madeleine Vionnet (2007), his bias dresses, which touch the body, let the skin appear.

From 1981 to 1996, he created the Ennieme collection for Renown in Japan, conceptualising the multiplication of collections harmonised from season to season, based on N prototypes reproduced in N fabrics and N colors. He transposed the washed silk he developed for the Touche collection in Italy in 1985. It would become one of the Japanese brand’s best-sellers, later taken up by the entire textile and fashion industry.

In addition, Marc Audibet designed positioning books for Trussardi (1996) and for Chanel (in New York in 1997). At the request of the Fendi sisters, he proposed a renewal of the brand’s image through the profusion of Roman baroque in 1997.

“Any real designer creates his material. The success of a garment, and more broadly of a style, always depends on a spirit of synthesis. In his search for an essential garment, Marc Audibet was able to invent the stretch fabric that allows him to bring together, in a single creation, the memory of the archetypes of clothing and the modernity without which there is no new work,” wrote Michel Thomas, fashion historian and sociologist in Textile Art, January-February 1987.

Indeed, in 1980, with various Italian, Japanese (including M. Arai, national treasure for textile creation) or French manufacturers (including Verel de Beleval for bi-stretch in 1985) and Dupont de Nemours, Marc Audibet succeeded in associating Lycra with textile fibers. This led to the creation of mono and bi-stretch warp and weft fabrics in various weaves in silk, cotton, linen, wool, polyester, viscose and new jerseys. He thus invented for his collections what will become the concept of “stretch in the fashion world.”

Having observed the street and anticipating his time, he creates from his technical fabrics another elegance with clean lines, whose structure follows the properties of these same fabrics.

From 1983 to 1989, he proposed 10 collections under the label “Marc Audibet” whose meaning and beauty are to be found in sports and couture as well as dance (which inspired him with freedom and elegance), not forgetting Vionnet or McCardell, Fortuny, Chanel, Balenciaga and the Bauhaus. Obsessed with comfort, lightness and purity of lines, he eliminates zips, trims the seams, drapes the fabric between “near” and far from the body.

He creates another wardrobe, avant-garde, through the bodysuit, leggings, leotard (or catsuit) or his dresses inspired by the T-shirt. Out of stereotypes and far from nostalgia, he proposes a totally new concept, a sophisticated fashion with new lines. Another imaginary. A sensitive, intelligent and influential fashion. In the New York Times, Michael writes in November 1987: “Designer whispers, fashion listens” and the great Bill Cunningham described his models with a connoisseur’s eye in Details.

The presentation of his shows, against a slow and repetitive music, is also a minimal experience revealing his universe. Without a podium, the models parade as in a secret ceremony in leotards or monastic dresses that cover their hands, flat shoes rolled up in stoles coats with endless sleeves. His search for colors goes from nude beige, Tyrian pink, ochre and the range of blues to dark navy. And, as a matter of course, all whites and ecru. The collections are sold by American stores “sharp” and elegant: Ultimo in Chicago, Saks Fifth Avenue, Linda Dresner, DianeB (Jackie Kennedy bought leggings and leotards) in New York, Ralf Davis in San Francisco, Maxfield in Los Angeles, Kashiyama in Paris …

In his interview with Colette Godard for Le Monde in March 1987, entitled “Modernity comes from the street”, Marc Audibet explains: “The first so-called modern garment is the men’s jacket created in 1780 after the stable boy’s livery, the first detour of a sports suit. Look at the street, you see jeans, jogging jackets, it means comfort of movement, something supple, that follows the body, that you pass quickly. That’s what you have to find again. »

In 2008, he was awarded an Honorary Doctorate for Fashion and Design by the Academy of Art and Design in Hang Zhou. And in 2010, in an exhibition on the creators of the 1980s, curated by Olivier Saillard, the musée des Arts Décoratifs in Paris presented Marc Audibet’s work along with Issey Miyake, Comme des Garçons, Yojhi Yamamoto, Azzedine Alaïa… (see Elizabeth Paillé in Intramuros spécial 25 ans).

Starting in 2011, Audibet has been giving readings on fashion and luxury at the Institut français de la mode in Paris. Since 2015, he creates for Connolly between London and Italy a Men’s collection (as he did for Cerruti) which, thanks to its cuts, is aimed at today’s least conservatives of men, and is worn by women. “A game of mirrors that “exasperates” the gender while denying it,” he says.