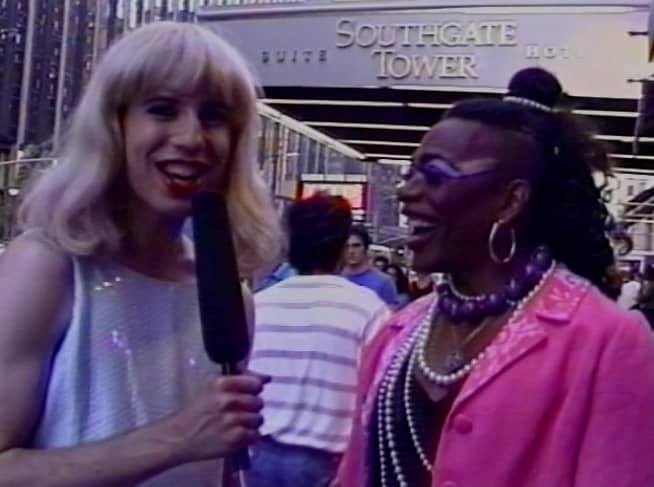 I’m honored to have my video work profiled in the October issue of the UK’s ART MONTHLY, an article penned by queer academic Conal McStravick. The article is available by subscription-only, however I’ve reproduced it here.

I was introduced to the work of Glenn Belverio in the pre-YouTube mid 2000s by a friend who shared a talismanic transcript of ‘A Case for The Closet’ from the 1996 book Anti-Gay. To the uninitiated, The Brenda and Glennda Show was a drag activist cable TV show broadcast between 1990 and 1993 on Manhattan public access cable television. The show was presented by the playful, politicised and on-point couture-clad cultural critics and queer feminist drag duo Glennda Orgasm (journalist Glenn Belverio) and co-host Brenda Sexual (Duncan Elliott). Co-opting Manhattan locations, the duo’s repertoire served queer culture and street activism as Downtown daytime drag through the lens of media activism reportage.

The sex-positive street activism of Belverio’s films was influenced by his participation in the non-violent direct action of ACT UP, Queer Nation and affiliated groups like WHAM. Belverio’s debt to bravura AIDS media activists is demonstrated with works such as DIVA TV’s Like A Prayer, 1989, where ‘news anchor’ artist and PWA Ray Navarro dons Jesus drag to report from the ACT UP/WHAM Stop The Church demo. Simultaneously, Belverio’s TV pays homage to the countercultural archive of US public access TV with anarchic studio-based productions including The Coca Crystal Show, 1977–95, The Robin Byrd Show, 1977–, and TV Party, 1978–82, which showcased Manhattan’s one-time melting pot and sexual liberation.

In our era of MeToo, XR and BLM, the Belverio archive offers salutary lessons in 1990s queer media and art activist strategies. Belverio’s work also deserves to be framed – as Alexandra Juhasz argues in her seminal 1995 book AIDS TV – as a significant contribution to the alternative media of the 1990s and the proliferation of media activism by LGBTQIA groups and their response to AIDS. Gregg Bordowitz, meanwhile, in his essay ‘The AIDS Crisis Is Ridiculous’, argues that the connection between AIDS and LGBTQ+ activism can be traced to pre-gay liberation and radical theatre, namely the Ridiculous Theatre. In turn, the theatres of the street and media activism were part of this historical, cultural and political continuum towards sexual liberation.

When Donald Trump entered stage right in 2016, Chicago-based video and media art distributor VDB began to part-digitise the 36 episodes of Belverio’s archive. These have long been restricted to a trio of works that shook up the 1990s LGBT+ and alternative film festival circuit, including a retrospective at Pandemonium (London’s ICA moving-image festival curated by VDB director Abina Manning in 1996). From that trio of films, ‘Glennda and Camille Go Downtown’ was featured in the UK touring exhibition ‘Still I Rise – Feminisms, Gender, Resistance’ in 2019 (Reviews AM422), while during this year’s lockdown Glennda finally went digital. VDB’s online media player played host to Glennda’s captivatingly resonant ‘On The Campaign Trail with Joan Jett Blakk’.

Ms Joan Jett Blakk – the actor, writer and activist Terence Smith – is a veteran drag queen of colour; a 1991 Chicago mayoral candidate and Queer Nation’s presidential candidate for 1992. We first see Blakk outside the Democratic National Convention, from which she has just been barred from entering; fired up by the AIDS crisis, racist and structural inequality and rampant homophobia, Ms Blakk serves decolonial punk glamour, all while decrying trenchant political conformity, US imperialism and coloniality, and, most notably, the emergence of a police state – in ways that speak to both past and present. ‘What would you do about the police state, Joan?’, Orgasm asks. Blakk replies: ‘Firstly, I’d fire them all, then I’d probably get dykes on bikes … The cops aren’t going to protect you, that’s obvious. In LA, all you need to do is drive a car and you’ll see what happens … Even if you have a camera.’ In ways that could not have been foreseen, Blakk captures and castrates Trump’s schtick.

In the films A Case for The Closet and The Post-Queer Tour from 1992, Belverio and LaBruce concoct the term ‘post-queer’ to antagonise everything from liberal complacency and queer assimilation to gentrification and cultural amnesia in queer New York. The duo appropriate the rhetoric of right-wing political and feminist thinking to subversively critique what was then an emergent turbo-accelerated global capitalism. This exceeds what might be facile un-PC humour and instead offers higher-level shade that maps past, present and future realities. 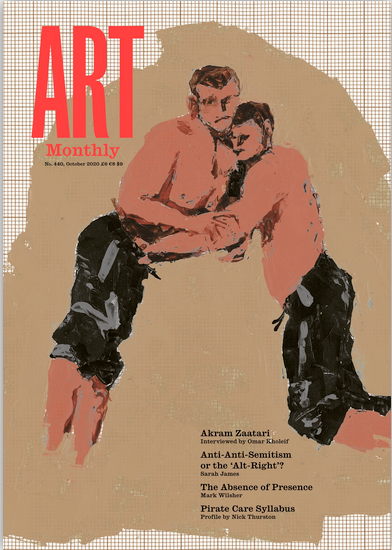