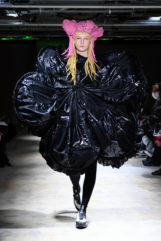 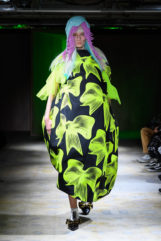 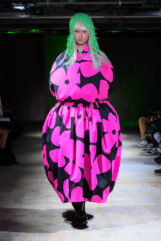 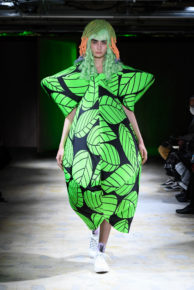 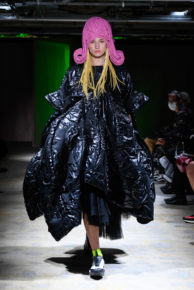 One would have thought after all we’ve been through that designers would re-think their approach to fashion and the industry in general. However for the most part,  it appears nothing was learned.

Not surprisingly Rei Kawakubo, always the visionary,  had this to say:

“Things I feel we don’t need these days: –

…the making of intricate fabrics

…the use of complicated colours…

…patterns which clearly define the body..

…details that emphasize the clothes…

…the intention to make clothes

like simple pebbles that you get after rough rocks

have been washed over and swept down the river”

Born in Bournemouth, UK, Gary’s solo exhibition HYSTERICAL in 2019 at the Phillips Gallery in London bridged the gap between fashion and contemporary art.

Born in London, Ontario, Canada in 1989, Edmond is a deejay, graphic artist and independent producer of music.

His music is often described as electro house or complextro.

The music for the Comme des Garçons SS22 presentation is from OVERWERK’s latest album called VESSEL, in collaboration with Edmond.

1960s model of Salomon’s Trail Shoes was used as a base and recreated with a modern technique. The colors and graphics are COMME des GARÇONS originals.