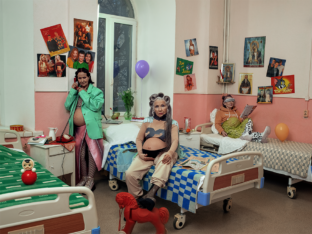 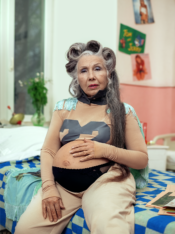 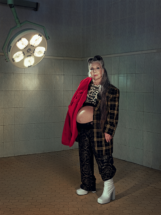 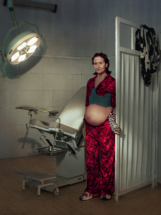 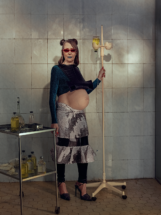 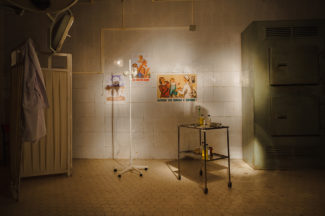 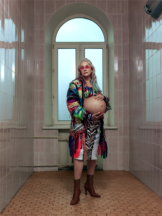 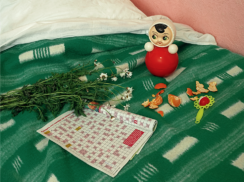 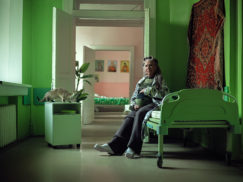 GRANDmothers is a project composed of a series of photos and a short film. Why did you decide to present your project through both mediums?

I consider myself to be a multidisciplinary artist, that means that I enjoy working across different mediums. Of course, video offers a different level of engagement compared to stills. But this time I felt it was important that we stopped and took the time to really look at these women.
As fun as this project looks and feels, you are addressing the important issue of ageism. What inspired you to work on this?

This isn’t the first time I’ve addressed this topic. My 2017 fashion film Silver Goddesses also featured an older cast and aimed to show what being older could look like. It’s a theme that I keep revisiting, initially because I witnessed my mother have to go through this treatment. I’ve recently become a mother myself, so I am also aware of the pressure that society (in my case specifically in Russia) still tends to put on women if they haven’t started a family by a certain age.

In your presentation, you talked about how GRANDmothers engages with the viewers through an aesthetic of oppositions. Can you tell us more about that?

I simply wanted to play with our expectations of what we consider young and beautiful. The hairstyle, make-up and choice of garments for example is intentionally meant to be something you would see on a teen. Equally, the location channels a strong post soviet aesthetic while at same time you will find pop band posters from the 90s and 00s hanging on the wall. I was imagining myself getting older and being nostalgic about those bands. It’s an eclectic ensemble, aimed at challenging what we know and take for granted.

What was the most challenging aspect of the production?

The cold. There was no heating at the location and it was basically still winter. And you know how cold it gets in Russia. If you look at the behind-the-scenes stills you can see the big coats we are all wearing! But the cast were amazing and didn’t complain once – they were just really happy to be working on something that they could relate to personally.

Also the bellies were a little tricky. We only had a limited amount of time to shoot before they started coming off, hence why in a way making the photos the central part of the project also made more sense.

What are you working on at the moment?

I’ve currently just finished working on my latest short. It’s a vfx-heavy fashion film in which I look at the passing time as something that’s constantly around us though we are almost unaware of it. I will make sure to share it with you once it’s online!

Sounds like something I would be happy to screen at ASVOFF13 along with your Grannie project.