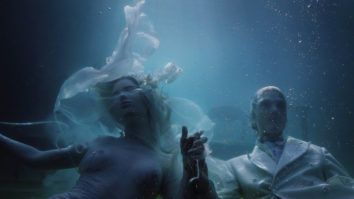 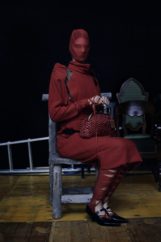 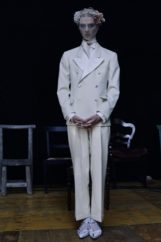 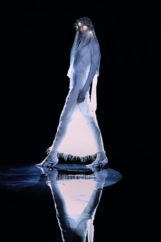 John Galliano proved once again how out-dated runways can be.

Maison Margiela presented its Co-Ed collection called S.W.A.L.K II that was made in collaboration with SHOWstudio, a collection of “artistic industrialisation” which explores how artisanal techniques can be an inspiration for the ready to wear fashion.

Rather than doing a runway, the creative director John Galliano chose to embrace video as the medium to communicate with his followers.

There are moments when technological tools, rather than making us feel closer, sometimes intensifies the distance between us. Creating a clear distinction between the actor and the viewer…But the video director by Nick Knight for Maison Margiela felt more engaging than ever, as if we were all in the Zoom meeting with John Galliano and his team learning about the recent collection.

To an extent the creative director was speaking directly to us; explaining his inspirations, his memories, his stories… making us feel engaged, while giving us an honest and raw look of the work that goes behind doors to realise the project.

The collection featured replicas of garments from past collections…reproduced and put back into the Margiela wardrobe. It continued Martin Margiela’s method of collecting vintage pieces and transforming them into new garments to be featured as limited edition pieces. It reaffirmed the brand’s iconic numeric codes, as they were placed on the surface of the garments. Some pieces were made specifically to be gender neutral, to reduce the impact of the current gendered production model.

For the main inspiration of S.W.A.L.K. II, the designer talked about his memories of Buenos Aires, when he was invited to watch tango with the locals in a small village.

It gave him the idea to create a story of a man, who fell in love with twins during a dance of tango, “a passionate war on the dance floor” as the narrator described… but as he is forced to marry another woman, on his wedding, he feels the burden of his love as it lays on his shoulders plunging him deep in the water.

What came out of the short film was stunning visuals…beautiful scenes of models dancing the tango as their feet stomped the water, their silhouettes moving with the light as they reflected on the water, bodies embracing each other and letting go. A feeling of despair but also freedom.

The video throughout carried Galliano’s passion for his work, his innovative vision and continuous search for new forms of beauty.