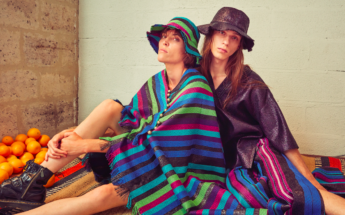 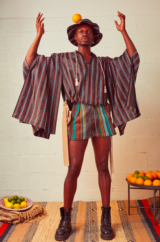 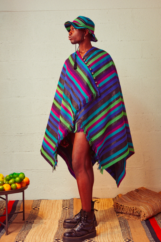 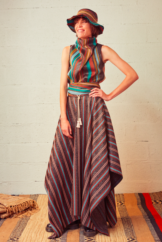 After finishing his military service as a paratrooper, the French-Israeli designer Benjamin Benmoyal decided to go to Central Saint Martins to create garments that captured an essence of naivety and optimism.

One of the pioneering brands for using re-purposed materials, throughout the years the designer developed an unusual weaving technique using recycled cassette tapes as fabric. The cassettes as he describes, was a reminder of his childhood. In an interview with Dezeen, the designer said, “Many people and companies wanted to get rid of the tapes, as the digital age has made them useless. I feel that using VHS (video) tapes from my favourite childhood Disney movies ties to this nostalgic idea of my lost naivety – recovering the tapes into something new,”.

Therefore, it is no surprise that the designer decided to go back to his roots once again for his Spring/Summer 21 collection. After being apart from his family due to the pandemic, Benjamin Benmoyal revealed, the collection was inspired by the traditional outfits of the Moroccan Jews of 1930’s, “My parents having immigrated from Morocco, I wanted to draw inspirations from this culture in which I grew up despite being myself, born in France.” The collection featured; oversized tops, shirt dresses, long dresses and shawls all woven with recycled tapes that were held together with golden threads. There were mostly recognisable silhouettes as though functionality overtook this collection compared to the previous ones.

To see more of the collection, you may click on the link: https://www.benjaminbenmoyal.com/ss-21