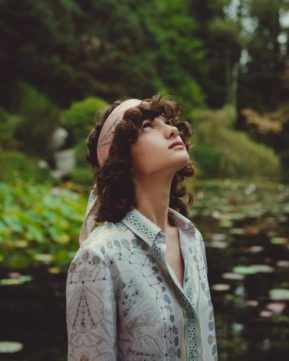 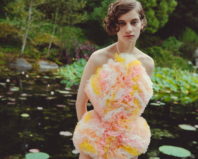 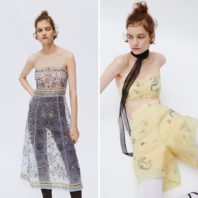 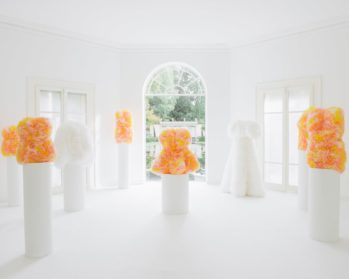 As part of the Milan Fashion Week, Emilio Pucci released a short film called Sulla Riva, showcasing its Spring/Summer 21 collection in collaboration with LVMH 2020 finalist Tomo Koizumi. Pucci had announced that every season they would be collaborating with a new designer to bring a sense of freshness and innovation to the brand. Tomo Koizumi follows Christelle Kocher as the newest designer for Pucci. The guest collaborator decided to skip the iconic Pucci prints as an inspiration, but instead opted for layered organza dresses that had playful and unexpected silhouettes which were finished with toned-down pastels and pure white skirts. Before the debut of the collection, the designer said, “I really wanted to create a fantasy side to fashion, which people really need now.”

Set in a lakeside retreat, the short film by young Film director Tommaso Acquarone with the Art Direction of Antonio Piccirilli celebrates, “sophisticated beauty, femininity and soft elegance.” The silhouettes were minimal and light, there was an essence of sensuality with the girls dancing around and chasing each other in the dreamy setting. The brand’s recognisable prints were toned down, Emilio Pucci’s early patterns of Capri’s seaside were re-imagined… The collection was a step in the right direction, it was youthful and modern.