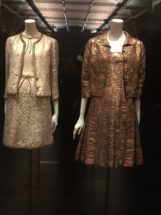 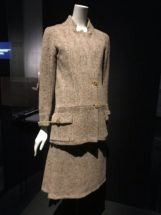 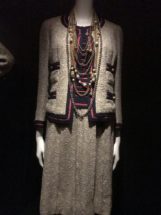 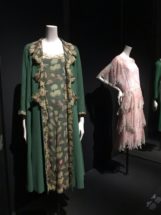 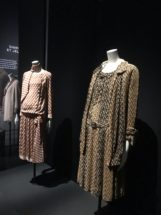 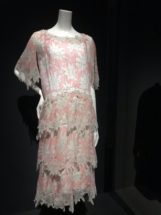 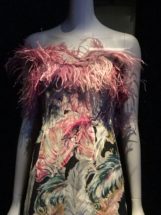 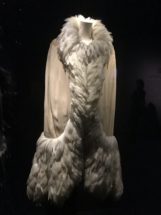 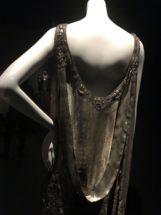 It is hard to believe but in all these years there has never before been an exhibition dedicated to Gabrielle Chanel in Paris but thanks to the Palais Galliera, the City of Paris’s Fashion Museum, after extended renovations they have opened their doors with an extensive look into the creations of Gabrielle Chanel. The curators of the exhibition are Miren Arzalluz, Director of the Palais Galliera and Veronique Belloir, Collection curator with the help of Artistic Director, Olivier Saillard, fashion historian.

Of course we are all familiar with the famous Chanel suit but that did not come to life until after the war when she was in her seventies and reopened the house. On the main floor you will find the early beginnings of Gabrielle Chanel with the little black dress and her version of the Roaring Twenties and Thirties. One room is devoted entirely to N 5, created in 1921 and ‘quintessentially the spirit of “Coco Chanel”. N 5 was created in 1921 and became the invisible accessory for women.

There are 10 chapters to the exhibition and with each chapter a portrait of Gabrielle Chanel. When the war came the fashion house was closed and the only things still sold in Paris were perfume and accessories at 31 rue Cambon. In 1954 Gabrielle Chanel returned quite in opposition to Christian Dior and his New Look. She was totally against the corseted style and against the trend reaffirmed her fashion manifesto.

The second part of the exhibition you discover her codes: the braided tweed suit which we all know more than any other style of hers, two-tone pumps, the 2.55 quilted bag, black and beige and also red, white and  gold.

The show covers an area of nearly 1500 m2 – including the newly opened basement galleries. More than 350 pieces from Palais Galliera collections and Patrimoine de CHANEL, from international museums including the Victoria & Albert Museum in London, the De Young Museum in San Francisco, the Museo de la Moda in Santiago de Chile, where I actually visited on my one and only trip to Chile. It is an amazing private collection. also the MoMu in Antwerp and from private collections. With this exhibition you will discover so much more than you know about the universe of Gabrielle Chanel.

Gabrielle Chanel spent her life creating elegant clothes that freed women, in the beginning she appropriated clothes before designing garments, she liked to adapt male looks for a woman. Something that is still quite common to this day. Rather than focus on her conduct during the Second World War the museum has decided to focus the exhibition on the work of the seamstress who became one of the most influential fashion designers of the 20th century.

Fridays until 9pm and closed on Mondays, December 25th and January 1st.