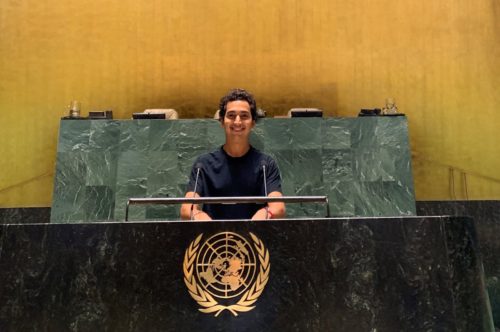 I was really happy to read about my friend Can Remzi Ergen today Art sy. He has the lead role in ‘Spoonface’. I remember meeting him outside of a show, I think it was Galliano, in Paris. I had arrived late and they had already started the show and they would not let anyone in. He was shocked that the doors did not fly open for me and I just said no problem I’m off to another event and since he was so concerned I asked him if he wanted to come with me and we ended up spending the rest of the day together. He was there for Vogue Turkey. He was studying in Paris then moved back to Turkey and worked for the United Nations and still Vogue Turkey. It was a combination of spending days with refugees and writing about fashion. One ASVOFF I asked him to help and had him translating at ASVOFF Centre Pompidou. I threw him into it and he swam, as they say. We stayed in touch, when I went to Istanbul I had hoped to see him but he was in the other end of Turkey and I had not given him notice so he could join me. At any rate please read about him.

The U.N. building in Geneva will open its doors to ‘Spoonface,’ performed by Turkish actors Ali Poyrazoğlu and Can Remzi Ergen, on World Peace Day