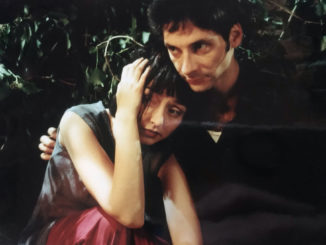 This edition of ASVOFF is online and to animate the online festival I’ve asked a young screenwriter, Maxime Le Guillou, to interview Maria de Medeiros, actress, director, singer and jury member of ASVOFF 12. Maria introduced me to the director of Dos Fridas, a film about Frida Kahlo’s nurse and which stars Maria. Maxime also interviewed the director of the film, Ishtar Yasin.

In her last days of life, Judith relives moments of complicity with the painter, who since then weaved the plot of her destiny.

“Dos Fridas” is inspired by a true story: Judith Ferreto lives her last days of life in her house in Costa Rica. The closeness with death leads her to relive her memory, when she was the personal nurse of the Mexican painter Frida Kahlo. In Judith’s inner world, imagination and reality intertwine.

“This film is a love poem to Frida Kahlo and the Mexican culture. It reflects upon resilience through pain, freedom of artistic expression, as well as freedom of sexuality. The actors in the film create a wonderfully surreal story that exposes a new light into Frida Kahlo’s tough life. This film is truly a gift to the Mexican art community, and the Latino art community as a whole. It unapologetically speaks truth of things that are oftentimes overlooked within Frida’s life, and creates a reflective story through her trauma. I truly enjoyed Dos Fridas as a Latina filmmaker myself, and I would highly recommend viewing this film when you’re in an existential mood. “

There will be what I consider a screenwriter’s masterclass in the form of a conversation between an aspiring screenwriter, Maxime Le Guillou and  ASVOFF 12’s President, Roger Avary. This is just a teaser for what’s to come when ASVOFF 12 is launched on FNL NETWORK October 6th.

Images above from Tempête dans un verre d’eau (Tempest in a Teapot) a film by Arnold Barkus, in 1997.