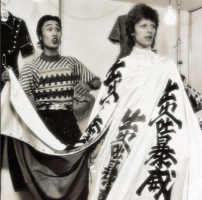 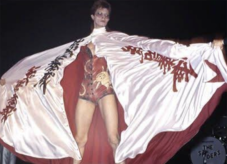 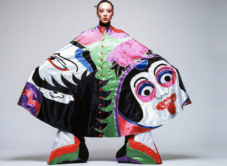 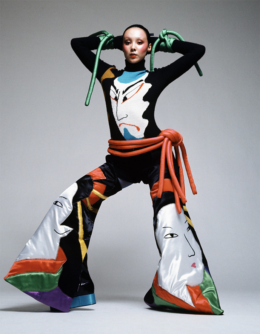 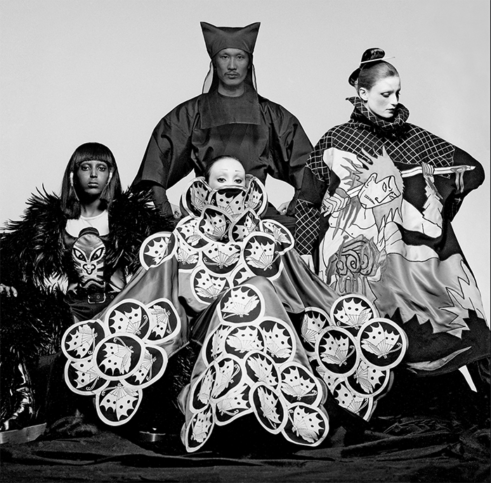 Even if you are too young to remember the impact of this genius of design, Kansai Yamamoto, you probably remember the iconic costumes that he created for David Bowie as Ziggy Stardust Tour and the amazing prints that he will always be known for. Kansai Yamamoto was one of the most celebrated designers of the 70’s and 80’s and presented his final collection f/w 1992 and then went on to be an event producer for Super Shows which combined music, dance, acrobatics and traditional Japanese festivals and other spectacles. His first event was in Moscow and drew a crowd of 120,000.

He did resurface with a collaboration on a modern version of a kimono with his former employer, Junko Koshino. In 2008 and again 2009 he was celebrated with major retrospectives at Edo-Tokyo Museum and later Philadelphia Museum of Art. In 2010 he designed the Skyliner train that went from Narita Airport to the center of Tokyo. In 2018 Kansai Yamamoto and Louis Vuitton collaborated to create classic Japanese art and Kabuki-inspired patterns and prints for LV’s Resort.

His daughter Mirai Yamamoto, an actress reported his death July 21st due to acute myeloid leukemia that he had suffered since March 2020. We salute a new star in the heavens, the passing of one of the greatest designers.