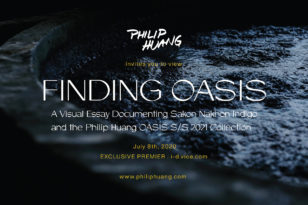 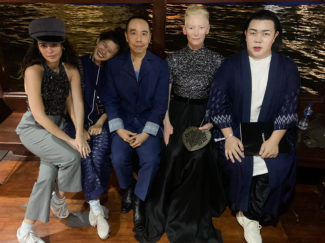 Apichatpong and Tilda at Chanel 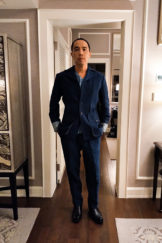 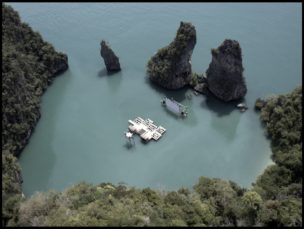 Archipelago Cinema at Film on the Rocks 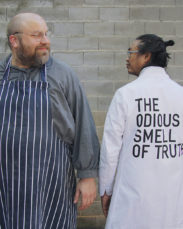 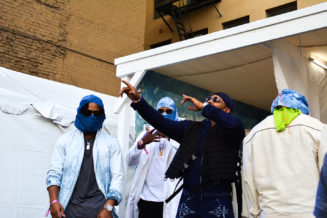 Decades ago when I had my own brand I was invited to Tokushima prefecture on the island of Shikoku and was privy to observing  the indigo dye process. Philip Huang is a new brand to me with a focus on natural dye from indigo plants and traditional techniques used to weave organic cotton and silk. Philip Huang and Chomwan Weeraworawit are the husband and wife team behind the label which was launched on a rooftop in Bushwick but has recently relocated to Bangkok.

Philip Huang is an American designer and indigo-dyer + one of the first major Chinese-origin models, and Chomwan Weeraworawit, Thai holistic chef + filmmaker. Weeraworawit is Thai and grew up in London, studied in Paris and worked in New York, Huang was born in the US to parents who immigrated from Taiwan. In New York Weeraworawit worked as a communications and branding consultant while Huang became the first male model of Asian origin that was hired by brands such as Gucci and Dolce & Gabbana. Weeraworawit organised film festivals and produced advertising campaigns for fashion brands working with actor Tilda Swinton, Palme d’Or winning director Apichatpong Weerasethakul and artists Rirkrit Tiravanija and Korakrit Arunanondchai, among others. They’ve also done pop-ups and collaborations with their friend  designer/actor Waris Ahluwalia who left his jewellery business behind to immerse himself into making teas. Tea of course you know can be used to dye textiles and most likely will be another adventure between his brand and Philip Huang.

In all of the villages in the northeast region of Thailand,  there are dyeing collectives and at the head of them are the grandmothers.  Philip Huang is fascinated by the work of the grandmothers. He has his own grandma collectives in the villages, the more experimental ones. In the film you can follow them through the entire indigo process from the crushing of the leaves by hand, then added to a fermenting vat, where it develops into a deep blue dye. The process is such that you can only produce a handful of garments at a time , and although this is a long  process,  the textiles are made to last. Indigo actually provides natural UV protection and is antibacterial. In the times we are living maybe we should all be wearing indigo. Huang designs the clothes while Weeraworawit oversees  branding and the creative direction of campaigns. Their first collection was presented in New York in January 2017.

Finding Oasis is a documentary taking you through the indigo dying and weaving processes with a grandma artisan weaving an Ikat textile and later we visit a very unique water filtration system at Don Goy. You get to see the giant vats where hands massage the indigo before it is hung out to dry.

Friends of the Brand:
Apichatpong is an ambassador to the brand, in a way he is who first introduced us to Isan through his films, we make clothes for him, are inspired by him and hopefully we work on something together soon.

For our film Finding Oasis, Apichatpong’s regular cinematographer Sayombhu Mukdeeprom came on board as our cinematographer, and his editor Lee Chatametikool, who is a brilliant filmmaker as well is supervising all post-production.

It’s like a big extended family, Rirkrit and Apichatpong the big bros, Korakrit, our little brother. We also collaborated with artist Udomsak Krisanamis on a t-shirt, he is a painter based in Chiang Mai, represented by Gavin Brown’s Enterprise. The artist Pratchaya Phinthong is a friend, he did an installation for us at Film on the Rocks, is really amazing.

Waris Ahluwalia has always been part of our world, he did a tea lab with at Film on the Rocks and this wonderful Batik Workshop, Philip and Waris were going to launch a t-shirt collaboration with indigo and Waris’ teas (as a natural dye) but we decided to shift production to masks for COVID instead, t-shirts will come later.

Our friend, artist Sandro Kopp (Tilda Swinton’s partner) suggested that we do LOVE CONQUERS ALL tie-dyed tees, so we are and this will launch later this year.

Dalad Kambhu the chef based in Berlin opened a restaurant with Rirkrit called Kin Dee, we collaborated with her and Rirkrit on a “Thai Banana” print, we will be collaborating on some aprons. Through Dalad we met collector Damany Weir who is a supporter of the brand, Damany is an art collector and was the founder of Flight Club. We sometimes take our friends to Isan with us, Damany came last time and regulars on the trip are Matteo Caraccia, the founder of Big Sky Studios and his partner Fatima Najm of Creatives Against Poverty.

Cecilia Dean (editor in chief of Visionnaire magazine) is like our big sister, one of the earliest supporters of the brand and a good friend, always inspiring – we have a ritual in NY of cooking at Waris’ together. We love going to Rockaway to visit her and Tom Sachs and Sarah Hooover (who also came to Film on the Rocks, Tom did a workshop).

Ivan Pun is a close friend and collaborator, he co-hosted all of our events in HK, our loungewear capsule is inspired by him. Here in Bangkok, our friend Sakson Rouypirom who was a doctor in NYC before he came back to Thailand and started SATI, a Non-profit organisation here in Bangkok, we did masks with him, did t- shirts in the past and it is through Saks that we were introduced to the Fatima Center. A supporter from the start is also Eric Booth of Jim Thompson Thai Silk Company (who is also an art collector and co-founder of MAIIAM Contemporary Art Museum in Chiang Mai) for our first presentation in NYC in 2017, Jim Thompson was our partner and made it possible, they are also based in Isan.