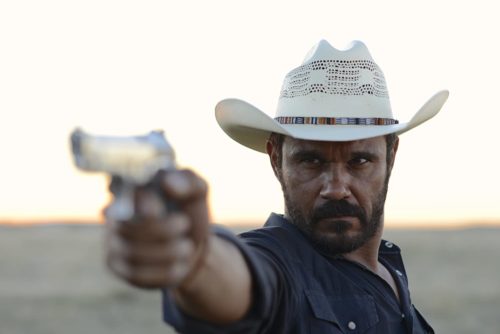 There is a quality to Australian neo-Westerns which is not found anywhere else. Maybe it has to do with the very particular atmosphere of the Australian Outback, so vividly represented through such oeuvres as The Proposition that they have become references to imagine that country for those like me who have never set foot in the Down Under. Maybe it’s owed to the fact that Australia, like America, has a complicated and bloody racial history. The Aborigines, living on the edge of town and society, bear witness to a past of dispossession and exclusion. This might be why Mystery Road not only reminded me of Westerns focusing on the plight of Indigenous people like The Proposition or Sweet Country, but also of Wind River, which traded in the Outback’s rocky scenery for snowed-in Alaskan emptiness. Both films deal with the murder of a local girl from a minority background (Native American in Wind River, Indigenous Australian in Mystery Road) and both follow a detective as he navigates the landscape and its people, trying to get to the truth in the face of corruption and lawlessness. But while Jeremy Renner’s performance in the former played to the white savior trope at the heart of many films representing the plight of minorities, Mystery Road immediately feels more personal by casting aboriginal actor Aaron Pedersen in the lead role, waging a battle that concerns him, his family and his community.

Mystery Road was first released in 2013 to critical acclaim. It spawned a sequel and an ABC series, both starring Pedersen as Detective Jay Swan. Its re-screening, online and for free, as part of the We Are One global festival, couldn’t be timelier in the wake of the widescale protests in response to George Floyd’s killing on May 25. The film starts with the discovery by a trucker of the body of local teenager Julie Mason in small-town Queensland. It deals with a complex network of complicity, indifference and permissive behavior surrounding violence against the disenfranchised Natives. From Detective Swan’s first conversation with his white chief of police (Jack Thompson), he is informed he can expect minimal support and resources while he works the case on his own. When told one black girl’s life is not worth turning the town into a war zone, he responds: “For some people it already is a war zone”.

The story grows teeth after Jay visits his old neighborhood and speaks to fellow Natives, some of which see him as a traitor for taking up with a police force which dismisses and stigmatizes them. We learn that a number of local young girls have resorted to prostitution and developed a drug habit, and a few have gone missing. A single conversation between Jay and his teenage daughter, who is the same age and profile as the victims, is enough to ramp up the stakes and threat level for the duration of the film.

This is the part where I confess that I did not understand every plot point in Mystery Road. Upon reading synopses, I can say without shame that I still haven’t figured it all out. It involves drugs, persecution, police corruption, white supremacy, and wild dogs (which work at the symbolic as well as the narrative level). As in the hardboiled detective stories of the 1950s, the point is not whether we keep track of every suspect and lead but what we feel as we follow Jay on his quest. The film is shot by Ivan Sen (its ridiculously multitalented director-writer-editor-composer-cinematographer) in a deceptively minimalistic style which reminded me of Debra Granik’s Winter’s Bone. It focuses attention on small details in the numerous interrogation scenes, allowing us to remember clues laid out before us with no more stylization than they would appear to a detective working the case. It also avoids sensationalizing the interactions between Jay and his colleagues, suspects and loved ones, which develop thanks to the depth of content rather than visual gimmicks. So much of the film is understated that I was surprised to see famous character actor Hugo Weaving turn up as Jay’s big-town colleague, but he is an accomplished enough actor to dial back his V for Vendetta persona, simmering but never overboiling with charm and menace.

This restraint gives more power to the few visuals which do deviate from it, like a recurring backlit shot of silhouettes at dusk which pays off in one of the most quietly affecting final shots I have seen in a movie recently. This is a film which will stand the test of time, maybe lingering as an indie treasure for aficionados to unearth years from now. It also marks a continuation in the increasingly nuanced representation of Aborigines in Australian cinema, and for that it is inestimable. 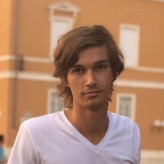