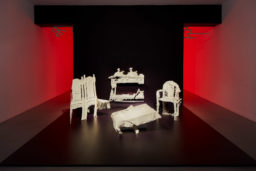 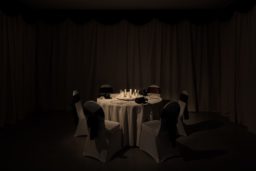 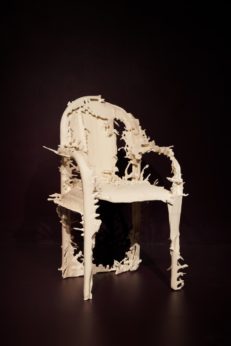 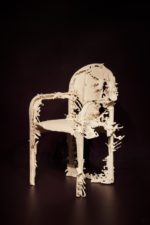 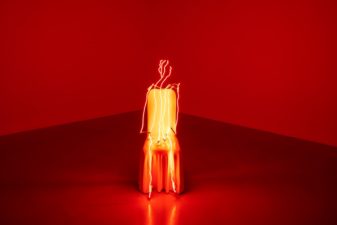 I met Lap-See Lam  when she was in a Young Artists in Europe exhibition Les Metamorphoses at the Fondation Cartier in Paris and starting today she has her first exhibition at the Galerie Nordenhake in Stockholm where she is based. I visited the Galerie Nordenhake 13 years ago when it opened and I was in Stockholm. I uploaded the fly-on-the-wall video I did with her in Paris but that was then and this is opening today… One of the main elements of the exhibition is an amazing Virtual Reality work. You can actually view it from the comfort of your own home under lockdown – a beautiful diversion… If you order one of these inexpensive VR headsets (https://www.amazon.fr/google-karton-virtuellen-headset-gl%C3%A4ser/dp/B072ZYWVS5/ref=sr_1_38?__mk_fr_FR=%C3%85M%C3%85%C5%BD%C3%95%C3%91&dchild=1&keywords=VR+cardboard+headset&qid=1589369725&sr=8-38). You have to click on the link on your smart phone as it does not work on computer screen.

Lap-See Lam’s much anticipated debut exhibition at Galerie Nordenhake Stockholm continues to draw on her lyrical and charged exploration of the Cantonese diaspora in Sweden through the history of Chinese restaurants in Stockholm.

In a scenographed group of new sculptures and an immersive Virtual Reality journey we are taken on a real-time archeological dig that, like a sci-fi sub-genre, appears both ancient and futuristic. Instead of exploring historical civilizations Lam summons apparitions from her family’s legacy in the city. But Lam’s work is not limited to the biographical. Using fiction as a tool and the particular interior aesthetics of these restaurants as a formal language, Lam draws attention to the cultural history of these spaces and how the idea of a place constructs notions of cultural identity and belonging. In the first space Lam reifies fragments from now-defunct restaurants’ interiors by extracting data from 3D scans. Chairs, a table, a stove, all take form as ruins, like the disintegrating furniture of a ship wreck seen through a watery mirage. Digitally stripped down to their bare shell-like surfaces, the environments are rendered as slivers of space and time.

A neon ghost illuminates the following room in cherry-red. The figure is not a threatening spectre but an ancestor – a conduit for previous generations, stitched together from the fragments of people accidentally captured in the 3D scans of the real world restaurants. It sits sentry and oversees the passage through to a staged dining room. As in séance, visitors seat themselves at a round table where they are transported via VR headsets into another spatial reality. A story narrated, perhaps by the ghost, accompanies the viewer through architectural spaces that are rendered as skins, at once both familiar and alien. Rooms are suspended in a void and dislocated from the infrastructure of their physical surroundings.

Within these disembodied establishments, which we individually populate in our VR spaces, Lam reveals hidden histories and futures. The exhibition constitutes an expanded anthropological enquiry that explores the fluidity of language, identity and cultural histories.

Elements within this exhibition were produced with the generous support of Christel Engelbert, Chairwoman of the Maria Bonnier Dahlin Foundation, and were commissioned and presented first at Performa 19, New York.

One of the main elements of the exhibition is an amazing Virtual Reality work. You can actually view it from the comfort of your own home under lockdown – a beautiful diversion…