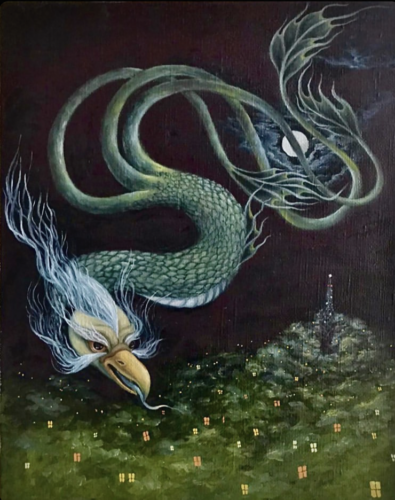 An article I read in the BBC was the inspiration for my Amabie competition. Here are a few excerpts from the article. The deadline for your Amabie is May 14th.

Above is one of the entries to ASVOF’s Amabie competition: @sasha_cannabis_art. Keep in mind 4 things: long hair, a beak, 3 legs and scales from the neck down. What ever your vision is of the ‘healing monster’ is what I’d like to see. You can send it to me on instagram @asvof.