As Paris Fashion Week came to an end, the only word on everyone’s lips was ‘CORONA’, but we know how designers tend to capture -or sometimes predict- the Zeitgeist we’re coming to terms with. If fear seems to have become the new black, shows were nevertheless held -a little late of course- and collections included several standout pieces on many Paris runways. Although there wasn’t one unifying message during the week, the shows that seemed the most influential were the ones with a confident point of view and a structured silhouette, underlining our current need for protection and strength.

In difficult circumstances, great designers will not only come to terms with our environment, they will also offer a way forward and focus on the future. That is precisely what Rick Owens did with a collection that managed to be spectacular and wearable at once. Owens has been on a roll with his fabulous sci-fi, glam rock inspired outfits, and he delivered a bold message with his latest show. The shoulder was an ongoing focus, from raised and pointy to square and clearly exaggerated. Cocoon-like outerwear, from padded blanket coats to roomy coats with oversize sleeves, were instantly desirable, as well as the American designer’s body-conscious slit dresses made in jersey, and even clear plastic, adding a savagely futuristic vibe to the silhouette. Owens is a master of discipline, and when he came out perched on his towering platform boots with his tanned pecs showing under his tailored ensemble, he looked as powerful and bold as his striking models.

Another designer who knows how to provoke and titillate is Anthony Vaccarello, whose collection for Saint Laurent was one of the week’s highlights. The Belgian designer went back to the iconic Saint Laurent blazer, a double-breasted piece of fashion history, which liberated many women. We know how Saint Laurent was instrumental in creating a woman’s contemporary wardrobe and Vaccarello’s beautifully styled show was a reminder of the House’s visionary founder and his passion for menswear worn by women. Pairing the bourgeois chic jackets with pussy bow blouses and latex leggings, Vaccarello also played with Saint Laurent’s interest in fetish, the ambivalent and the forbidden, illustrated by his long term collaboration with photographer Helmut Newton. Subverting the reassuringly bourgeois garments with a dose of kink felt right for our troubled times.

Junya Watanabe also used a lot of man-made fibers within his last show, which was a fitting tribute to the spirit of singer Debbie Harry. The ultimate rebel, Harry was punk and sensual at once, something that clearly inspired the Japanese designer. He balanced masculine tailoring and coats with asymmetrical bustier dresses, bondage accessories and skirts that were anything but romantic. Still, this was not a gritty show and its energy was raw and contagious. Sticking to a streamlined palette of red, black and white, Watanabe proved once again that he’s not willing to conform or do what is expected of him. The numerous bags hanging on his models’ hips seemed to be an ironic comment on accessories having become the main protagonists. Could the clothing be the accessory to the accessories?

One designer who is very aware of her surroundings is Marine Serre, whose beautiful collection delivered a hopeful and forward-thinking message. Last season, she sent out models in face masks, and it was troubling to think she may have foreseen a global epidemic. This time, she focused on gorgeously tailored and upcycled knits, from full-length dramatic dresses to body-con separates. Half of her collection is now upcycled and Serre deeply connects with the questioning -and challenges- of her generation. When she sent out a series of older Belgian models with their children, it put a smile on your face while acting like an honest tribute to the power of family, union and cohesion in general. This was an uplifting message, which gave the designer’s clothes their unique and intricate appeal. 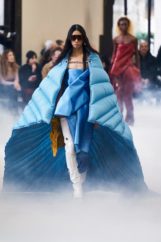 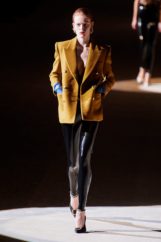 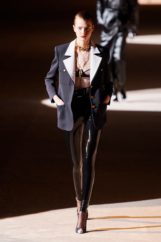 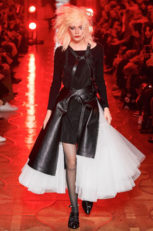 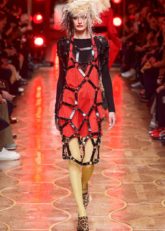 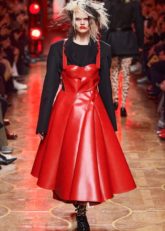 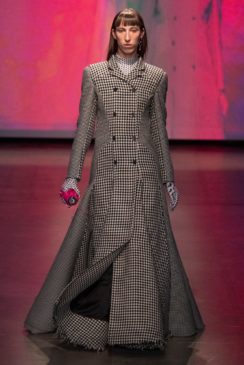 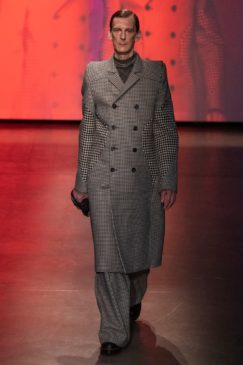