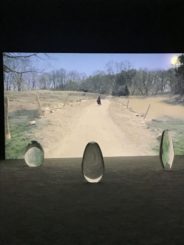 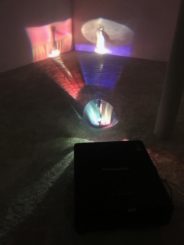 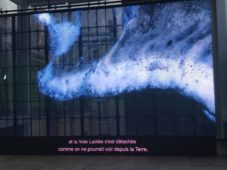 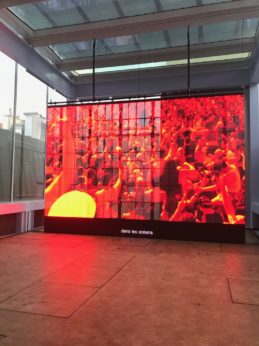 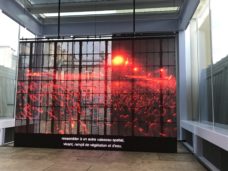 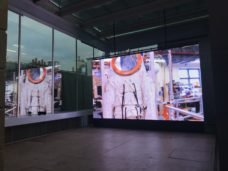 I just came back from the opening at Lafayette Anticipations of Rachel Rose’s first major exhibition in France. With everything  going on in the world today,  this is like bathing in the moonlight. There are five video installations, I only show you a few, they explore metamorphoses of bodies and states over the course of a lifetime. The artist questions what it is that makes us human and the means we seek to alter, enhance, and escape that designation. The scenography creates immersive yet intimate relationships between the art and the viewer. I could watch the animations with animals for hours on end. Poetry, fantasy, illumination…

The final work in the exhibition is a journey through different states of being. Everything and More, is an exploration of – or immersion into- the human experience of infinity. Rose interviews the astronaut David Wolf about his space walk while on the Mir Space Station and his return to earth a year later. His narration is cut together with a distorted sound edit Rose created using an astronomical instrument, the spectrograph, of a 1972 performance of Aretha Franklin.The images morph between crowds at concerts and microscopic shots of milk, oil and ink manipulated under high-intensity lights in her apartment. The exhibition is an intense stimulation and I highly recommend it.