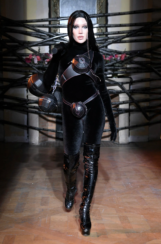 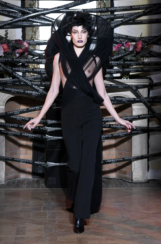 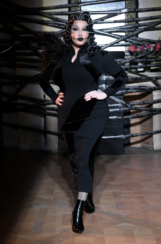 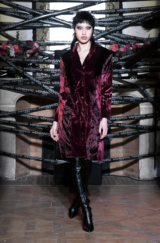 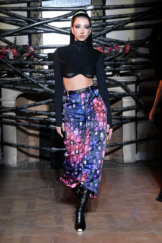 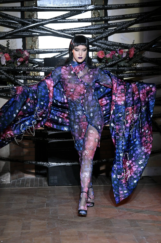 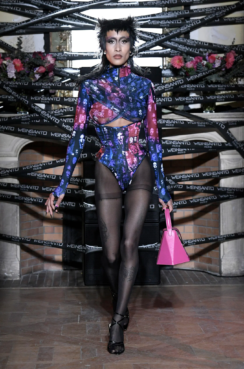 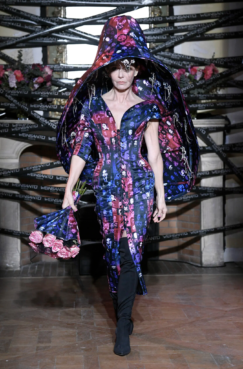 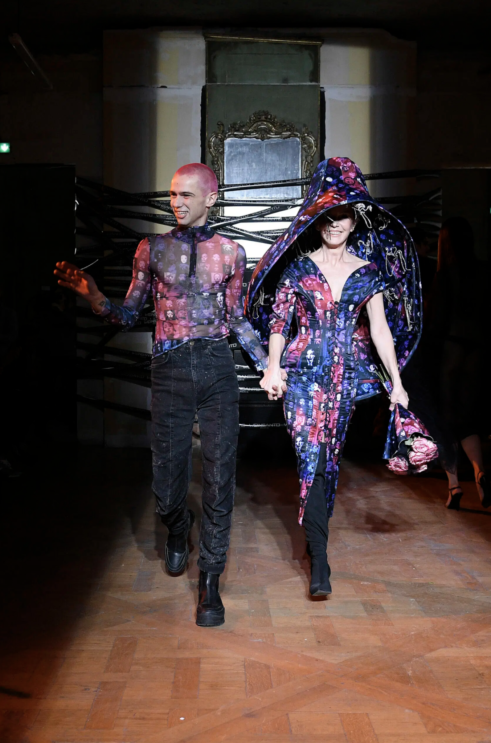 Victor Weinsanto showed his collection during Paris Fashion Week at 35/37. He founded his label in 2020 and is under the Dover Street Market umbrella and was nominated for the LVMH prize. Prior to launching his own brand he was a dancer and worked with Jean Paul Gaultier and Y/Project. Murder in Paris was the theme for his fall 2022 collection and he came down the catwalk with the actress Philippine Leroy-Beaulieu who plays Sylvie Grateau on Emily in Paris. His models interpreted different characters in his ‘Murder in Paris’.  Click on the video interview above and let him walk you through the collection.