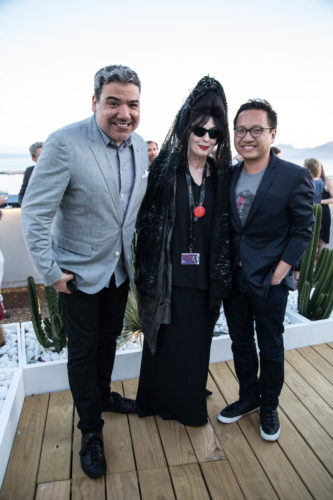 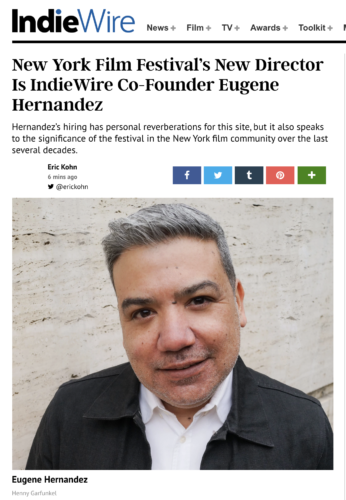 I just read that my birthday twin, Eugene Hernandez, has been appointed the new director of the New York Film Festival. He was one of the co-founders of IndieWire which I read religiously for long before I had the pleasure of meeting Eugene through my friend Vincent Gagliostro. There is always a pre-Cannes dinner at Vincent’s. For the last decade Hernandez has been the digital director, then deputy executive director of Film at Lincoln Center. Dennis Lim, who serves as director of year-round programming, will now also serve as director of programming for the festival.

Click on the link below for the full article but interesting to note that Hernandez first attended NYFF for the premiere of “Pulp Fiction” in 1994 for which ASVOFF Jury member and celebrated director and screenwriter, Roger Avary won the screenwriting award along with Quentin Tarantino for Pulp Fiction. Eugene was also a jury member for ASVOFF several years before. All I can add is CONGRATULATIONS …. and looking forward to seeing you for the pre-Cannes dinner at Vincent’s.