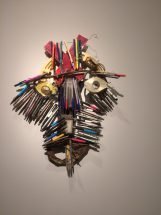 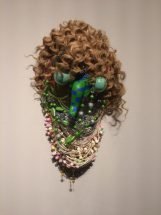 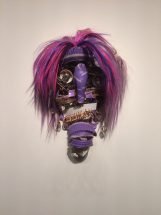 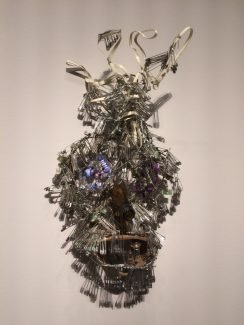 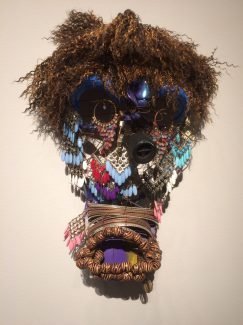 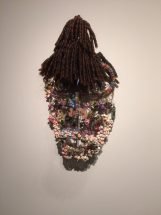 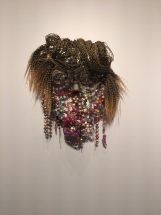 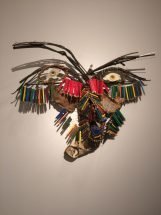 Calixte Dakpogan is a master craftsman and sculptor who started his career in the early 90’s.  lives and works in Porto-Novo. His earliest sculptures were made from spare parts from used cars and then in the early 2000’s he used new objects made in China like ballpoint pens, cheap jewellery, light bulbs, wigs that he gathered all around the world. His work made me think of the French artist Theo Mercier.