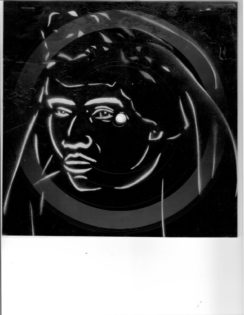 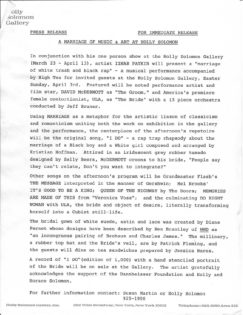 David McDermott sings THE MESSAGE “interpreted in the manner of Gershwin.”
SSB will be curating an exhibition of seminal work by Izhar Patkin in January 2020 at Howl Happening. Digging into the archive, we found these treasures including the hand-stenciled flexidisk of “I Do” composed by Kristian Hoffman and the press release for the performance in 1983 starring #DavidMcDermott, the contortionist Ula wearing a leather and lace gown designed by the brilliant Diane Pernet, and a 15 piece orchestra! https://www.facebook.com/SomeSeriousBusinessArtists/

How well I remember Izhar asking me to do the bride and Sally Beers to do the groom David McDermott in a robber tux. I’d never dressed a backwards contortionist before and in fact, haven’t done one since.