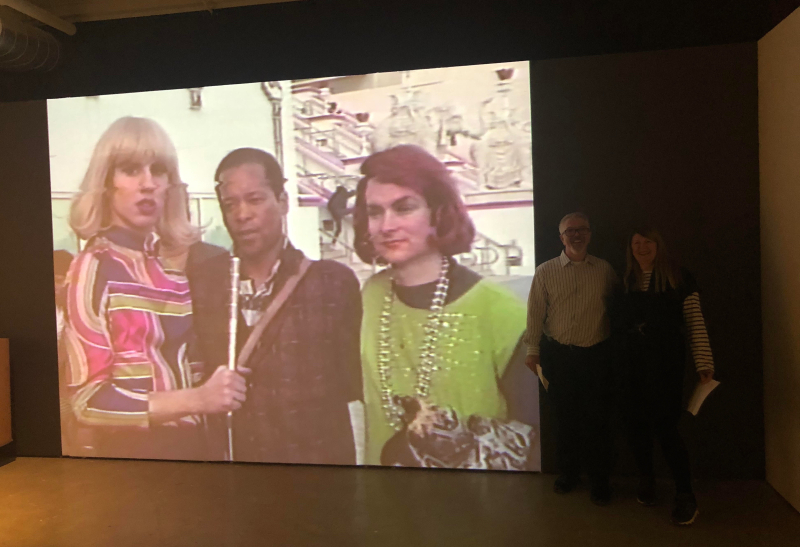 Blow-Up: My 1991 video Seize Control of the Taj Mahal is tested for full-wall projection at the Sullivan Galleries.

Fresh from a successful screening at the International Film Festival Rotterdam (IFFR), my video Seize Control of the Taj Mahal—in which a group of drag queens are ejected from Donald Trump’s Taj Mahal Casino in Atlantic City—will now be part of an exhibition in Chicago. WE DON’T WANT YOUR MTV will be staged at the Sullivan Galleries at the School for the Art Institute of Chicago. The show will be up February 10–15.

“Drawn from Video Data Bank’s significant collection, We Don’t Want Your MTV considers the influence of television on a generation of artists who came of age during the legendary music program’s reign, starting in 1981. An exhibition and screening program will feature artists’ videos that can be seen as both response to, and provocation of, mainstream television and commercial music videos, and all that they represent. The works use various forms of address to touch on political, social, cultural, and domestic issues attendant to the cultural life of the times. Artists include Max Almy, Glenn Belverio, Sadie Benning, Ximena Cuevas, Jenny Holzer, Miranda July, Sterling Ruby, Martine Syms, and more.”

The exhibition will also include my 1996 collaboration with Vaginal Davis, One Man Ladies, an episode of my Public Access TV show Glennda and Friends.

On Friday, February 14 at 12pm, I’ll be showing clips in the gallery as I discuss my newly digitized videos that were produced in the ’90s. The work took drag out of the nightclubs and into the streets to address political issues with heavy dollops of camp humor. 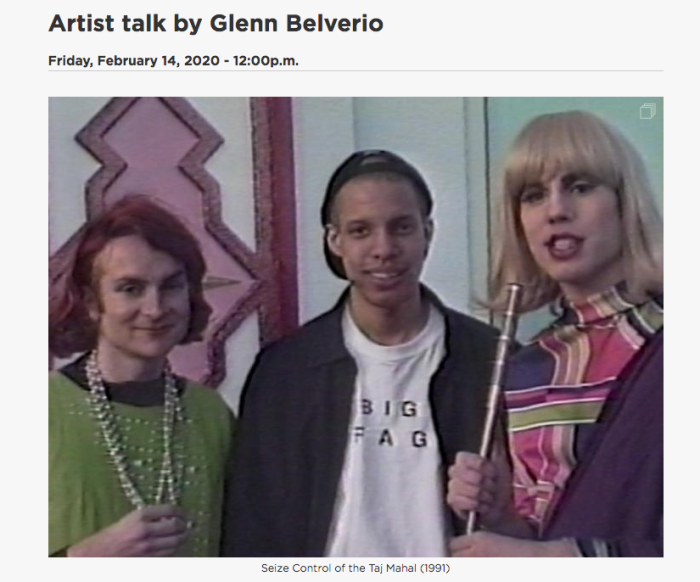 The talk is free and open to the public. The Sullivan Galleries are located at the School of the Art Institute of Chicago at 33 S. State, 7th floor. 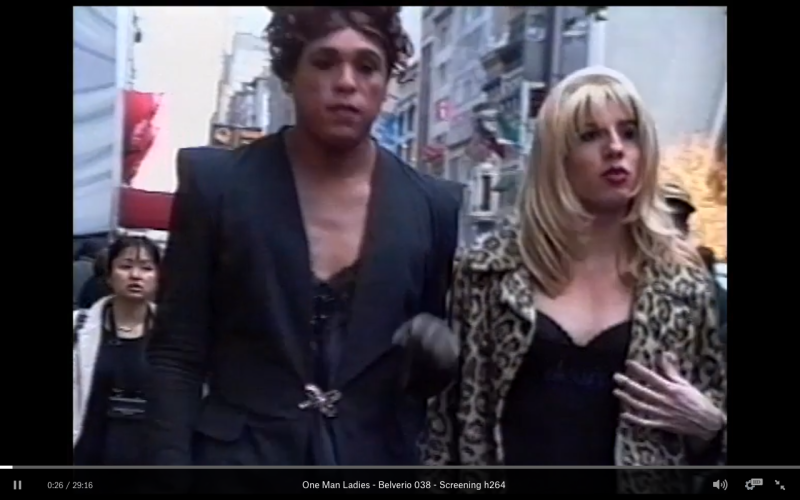 Vaginal Davis and Glennda Orgasm in One Man Ladies.

“In One Man Ladies, Glennda Orgasm is joined by Vaginal Davis as they meet women on the streets of New York City to discuss Laura Schlessinger’s book Ten Stupid Things Women Do to Mess Up Their Lives. The pair humorously explore the best ways modern women can find and secure a husband.”

Hope to see you in Chicago.

Descriptions and video clips of all the work in my archive can be explored on the site of my distributor Video Data Bank by clicking here.