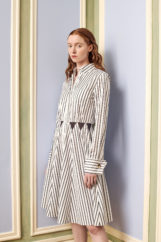 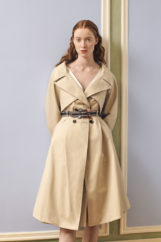 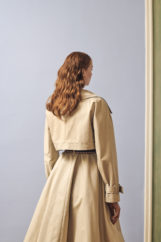 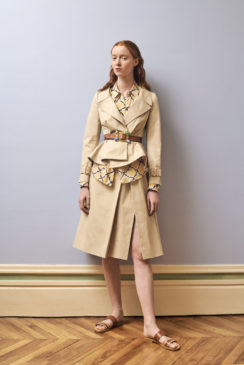 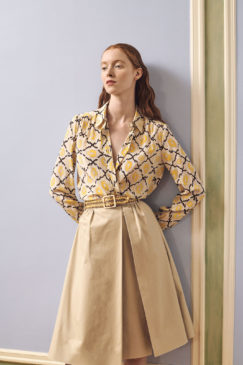 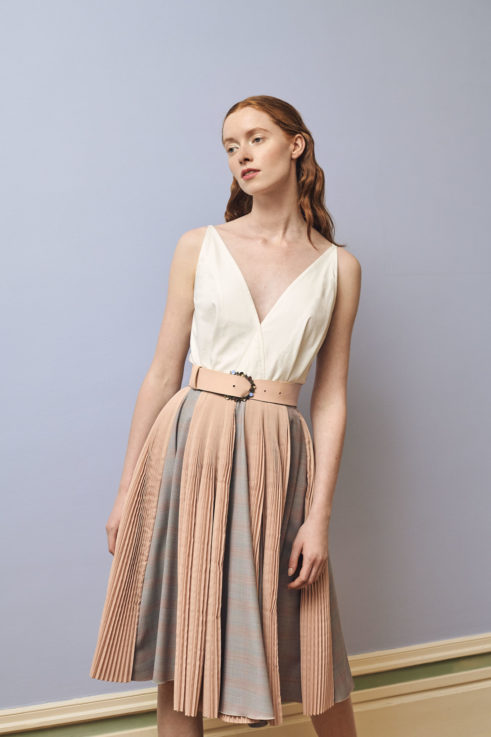 I thought it would be nice to end the year with a collection of elegant and simply beautiful clothes. Alexandre reminded me that we had met years ago when I made a presentation of ASVOFF to his class at IFM.

Blanc grew up in the countryside in France and spent a lot of time alone drawing. He was very close to his grandmother who understood and supported his desire to create and draw fashion. Living in the countryside his imagination stretched beyond the borders of his daily life. He took inspiration from what he saw on the  TV and became obsessed with the actress Isabelle Adjani in “Tout feu tout flamme” or “Subway” as well as Michael Jackson video clips and a Japanese cartoon called “cat’s eyes” where 3 sisters were trying to steal paintings in museums while dressed in tight jumpsuits. His fashion school education started at  Dupetit Thouars and continued with master studies at IFM. Prior to launching his own brand he interned at  YSL, Balenciaga, Carven, Jil Sander and Oscar de la Renta.

It is the personality and character of the woman that he wants to bring out with his designs. If one has to put a label on it he would define his clients as free spirits with no restriction to age or size. “I guess a collection is just a medium to express a new lifestyle proposal. As a designer, I am more comfortable with images than with words. I believe the story telling can be revealed step by step, and with different tools, of course through the words you choose to use about your concept and through the collection. But instagram can also help, as well as the people you dress, or the place you choose to show the pieces in etc… Everything is important.” said Blanc.

Creating his own prints is one of his favourite things making patterns with gouache on big paper inspired by artists and then he passes the designs to the Italian fabric company Sovratex who reproduces the art and craft touch on the fabric maintaining the movement of the brush strokes on the white base of the textile.

In addition to his designing he would like to direct his own short films in the future to showcase his collection.