Today my friends Manish Arora and Cem Cinar decided to make the journey to Pantin to see the Pierre & Gilles exhibition, The Making of Idols. The two have been working and living together since the late seventies. I met them in ’93 when they were taking a portrait of my friend Eric Daman, pictured below. He was a little nervous about the shoot that is why I walked with him over to the studio and then left him there. The image below was not the first one, this one was  taken in 96. Eric is not in the current show. Pierre & Gilles work together,  Pierre takes the photo and Gilles is the painter. Once the photograph is finished the painting begins. The exhibition is divided into parts: Juke-box 1980 years, The life in white, blue, red: enchanter le reel, the Palace years, the alter of music, Espace Blue, the icons, Sylvie’s Room, Mythologie, Espace Rouge dreams and nightmare. The exhibition includes 110 photo/paintings and two installations made by the artists for this exhibition. The theme is idols and music and as you walk through you can wear headphones that connect to each of the works.

Pierre & Gilles  have been represented by Galerie Templon since 2012. 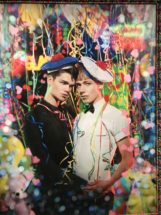 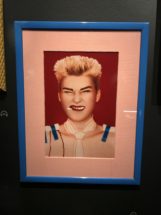 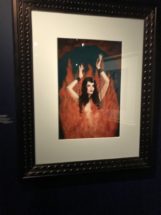 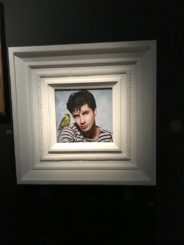 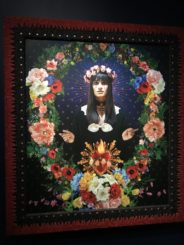 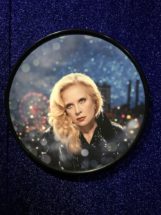 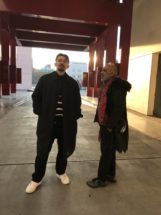 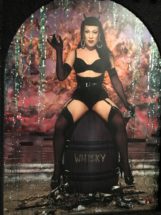 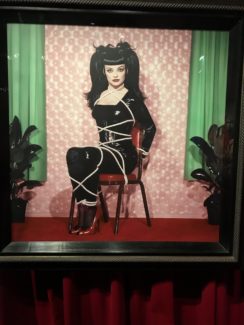 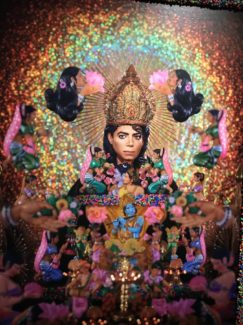