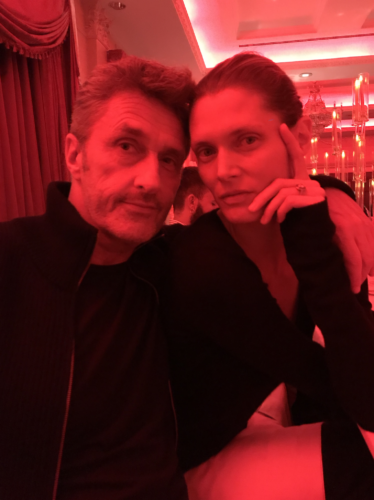 Recently I was in Tbilisi for Mercedes-Benz Fashion Week Tbilisi thanks to  Sofia Tchkonia while there I met the director Pawel Pawlikowski and his beautiful model/actress wife Malgosia Bela. Unfortunately I arrived the day after he gave a master class. It was funny we met in the elevator of the Stamba Hotel and then later the next evening we were sitting next to each other for the dinner. I took the opportunity to ask him to be on my jury and I wait now for an answer crossing fingers as I know how happy that would make me and all of the participating directors.

BAFTA Award for Best British Film 2005 My Summer of Love