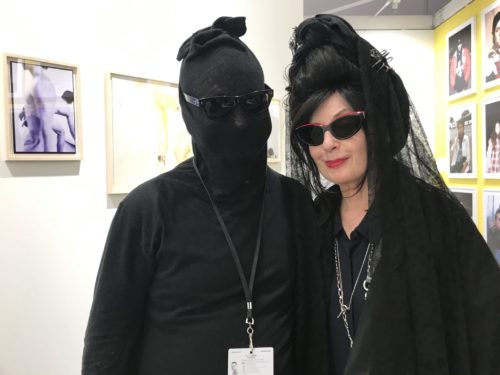 His father was a coach, he used to go with his father to the gyms, athletic competitions and training camps and as a child and teenager sports shaped his life. He spent most of his time in the sports school in Georgia growing with a small group of kids with light hearted expressions running in a poorly renovated gymnasium, all clouded by magnesium powder and dust. During summers he stayed in sports camps, slowly developing his body, giving it new shades and forms. He never was that good at sports but enjoyed watching the magic tricks performed with the other athletes bodies. His favorite sport was to wait until everyone was gone and enjoy the trampoline or jumping form height in the foam sponge pool.

He always wanted to change reality to see time differently and he was always involved in the creative processes like music, film, art…  In 2007 he started documenting the skater scene in Tbilisi, it was a small scene and he developed a film project about this subculture. He made an award winning feature documentary “When the earth seems to be light” with Salome Machaidze and Tamuna Karumidze in 2015 based on his photography from 2007-2011. The film’s plot follows a group of young skaters in their experience of the realities of life in a country that lacks the means to meet their dreams.

The international success of the film made the skaters popular and raised their self-esteem, their families guessed that their kids were part of a new culture and their lives developed in a very positive way.  Now the skating scene in Georgia is very popular and a lot of that can be grace of this documentary.

He still travels with his father to gymnastic events and makes it a point to get inspired as much as possible.

It’s so funny because I trust returned from Tbilisi a few days ago after attending Mercedes Benz Fashion Week at Tbilisi.