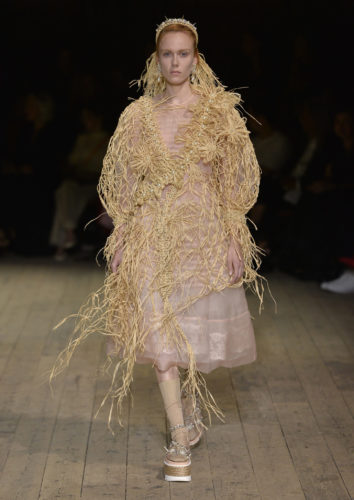 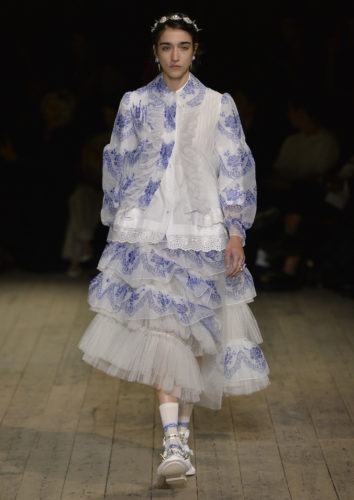 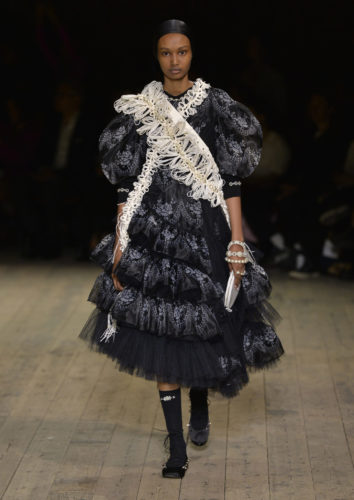 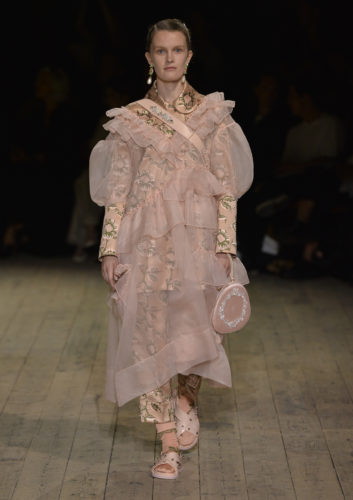 To read class politics into a fashion show must always remain a tentative proposition – for fashion, throughout its history, has best served its purpose when it served to distinguish the upper class from the lower. And whilst some designers might have made their signature out of embracing the paradox of working-class or subversive high-fashion styles, Simone Rocha’s clothing had usually come across as too feminine and romantic to get tangled in that. Her politics were usually whispered at best. Spring 2020 was no exception to all that she’s best known for, and yet somehow it worked at the same time as a rather provocative statement on the caducity of decadence, as the sartorial likeness of a richness in decay or at the very least under threat. Rocha was inspired by the Irish wrenboys, or strawboys, who traditionally would hunt the wren on Wren Day, December 26th, to then go knocking from door to door asking for, or perhaps demanding, money ‘to bury the wren’. The trademark prettiness in her collection for it came traced with masculine touches, a roughness even that we’re not used to notice in this designer’s work. Knotted straw, macramé harnesses of raffia and hay, materials that clashed and harmonised at once with Rocha’s consummate pearls. On heavily lipped brogues, these came interspersed with spiky studs. This season’s fabrics’ moreover, echoed the interiors and upholstery of those old houses that the wrenboys went knocking by, but not as grand as they had been then, rather torn and dusty as they are now. Peeling wallpaper was turned into print, motives from faded Delft china embroidered to layers of see-through organza for a further vanishing effect – that was magnified yet more when watching the models who wore these clothes walk by in circles in the Victorian theatre of Alexandra Palace, first opened in 1875 and recently opened again with the original washed-out walls and high ceilings. Their steps as confident as those of the wrenboys, and yet an uncompromising sweetness, a feathery lightness to their gait that was all the wren’s own. 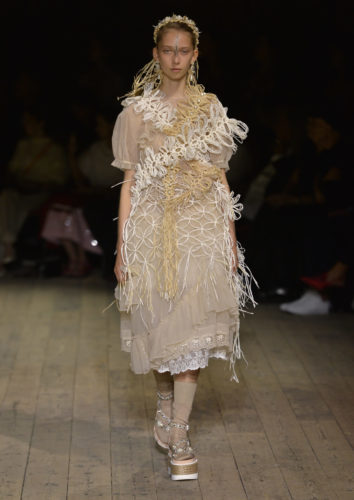 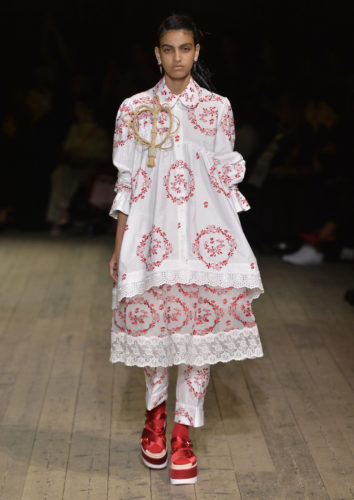 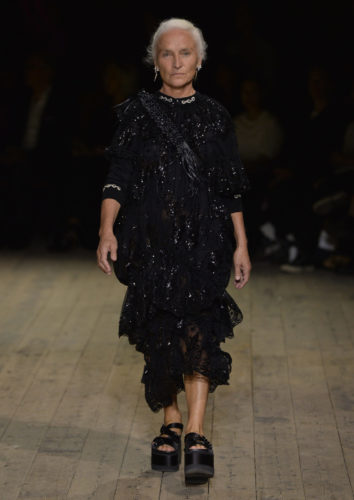 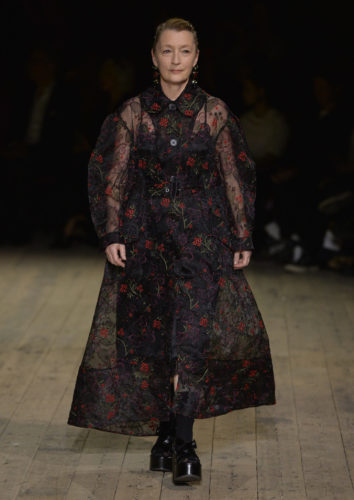 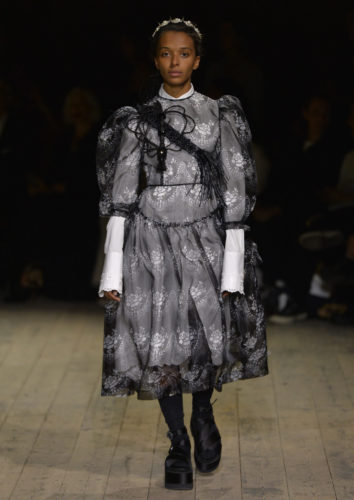 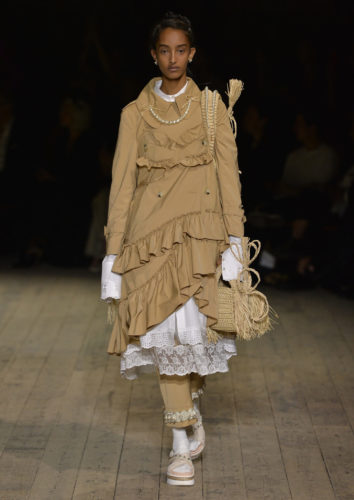 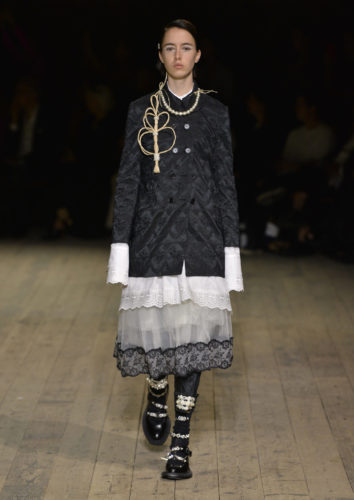 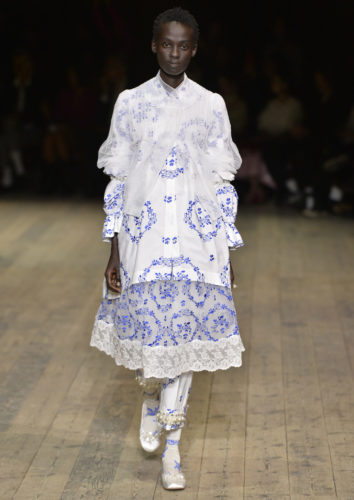 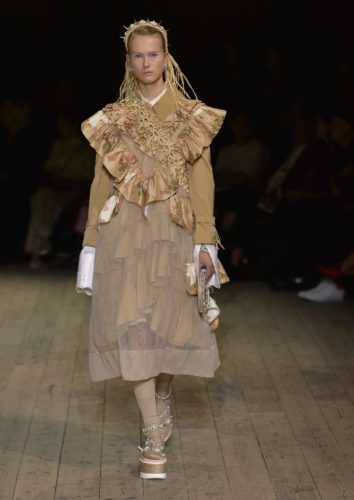 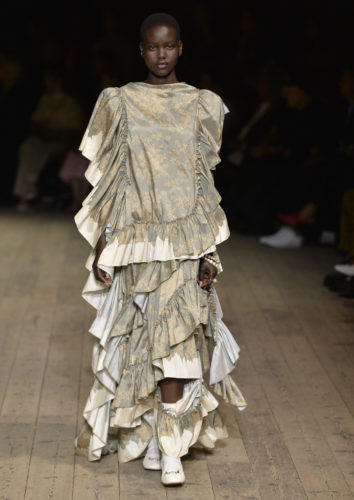