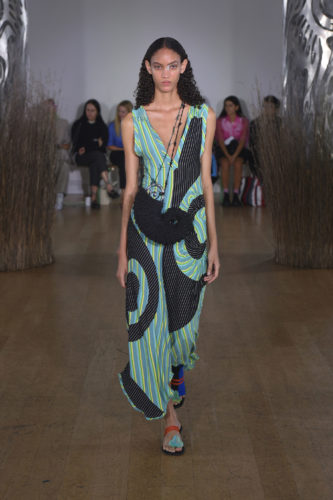 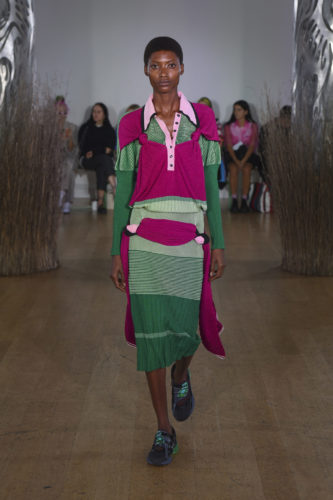 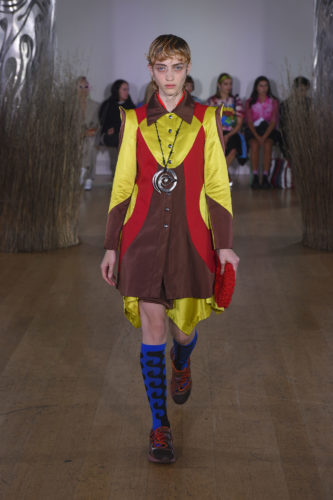 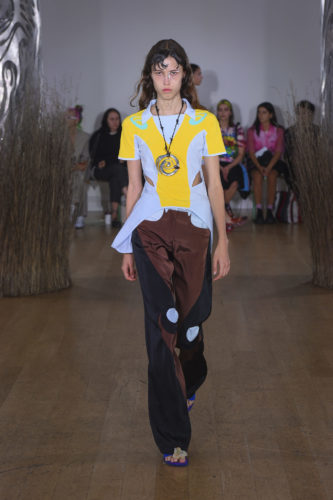 There’s little question by now that a folkloric renaissance, for the past couple of seasons at least, has been underway in British mens- and womenswear – from Kronthaler to Jeffrey, Bovan to Skelton. If one wanted to speculate on the reasons behind it, there would be plenty to choose from: the climate emergency hailing for a rekindling of our connection with nature, Brexit looming on the horizon and urging designers to devise the clothes for a post-apocalyptic, tribal rebirth. The spring 2020 collection of designer duo Laura and Deanna Fanning is both on trend and a defining take on it, taking the neo-artisanal and mystical look through a prism of litheness and performance fabrics such as the Kiko Kostadinov’s brand has made its signature from. “Imbued with obsessive studies of the circle”, there’s a deceptive simplicity to this seasonal cult: drawing from optical art and coming in solid brights, accessorised with barbed-wire necklaces and coiled talismans courtesy of British artist Rosie Grace Ward. But close inspection reveals otherwise: there’s nothing simple about patterns of cut-and-sew spirals swirling their ways through different textures, and these were designed and executed with bravery and delicacy. 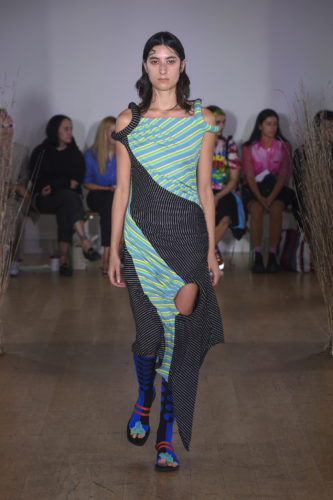 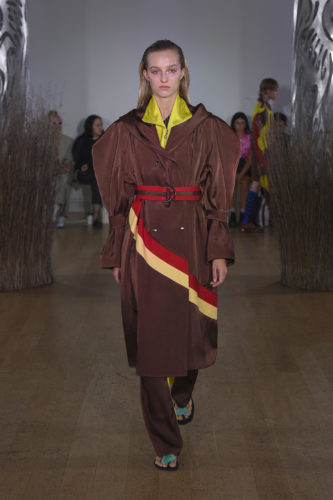 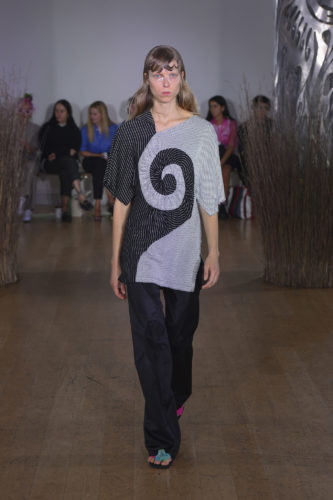 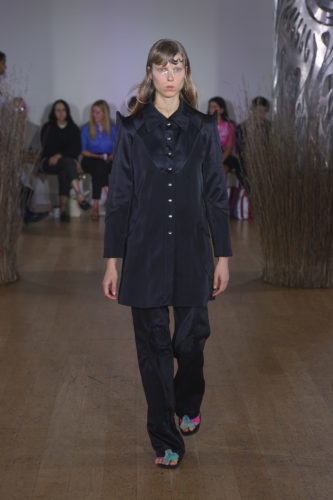 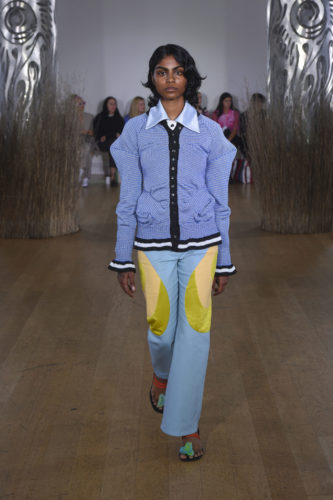 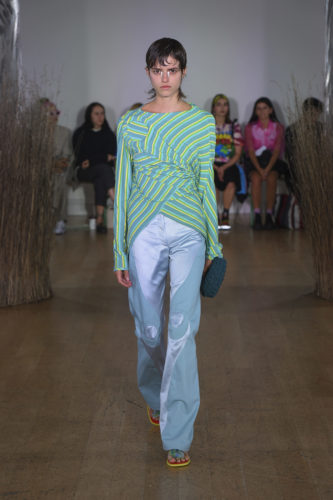