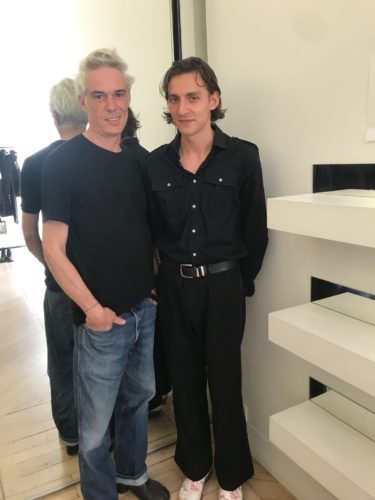 First day Paris was not burning, still 90 degrees but I decided to visit Pascal Humber and Francois Joos at their showroom in Paris. I’ve known Pascal for at least 25 years but it was the first time I met Francois Joos. They met when Francois applied for a job with Pascal and 3 or 4 years later…they are partners in the brand Untitled.

Here is a short interview with them.