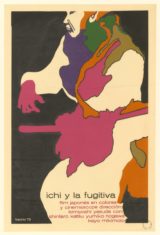 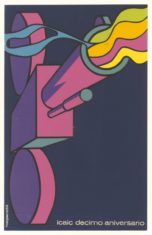 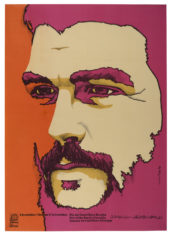 60 years after the Cuban Revolution, the Musée des Arts Décoratifs, will exhibit the golden age of Cuban Posters from the 1960-1970’s in the context of culture and art. The exhibition opens October 31st till February 2, 2020. The exploration of what has not been exposed before consists of 250 posters, most of which come from museum collections.

Prior to the arrival of Fidel Castro in 1959 most of the posters were commercial for imported products using American advertising as their main influence. During the Revolutionary period there was a ban on commercial advertising by Che Guevera, then Minister of Industry (1961) and posters then became political and cultural. The cultural poster is almost exclusively related to cinema which was an integral part of Cuba’s history, which in 1943 included 422 theaters throughout the country. Fidel Castro used cinema as one of his main tools to educate the people to carry out its cultural policy.

The Cuban Institute of Art and Film Industry (ICAIC) became the largest poster sponsor and imposed a style that favored the birth of a School. The movie poster is a free interpretation that emancipates from the graphic codes imposed until then by the American communication agencies established on the island.Now seen as an instrument of propaganda, the poster must also provide pleasure and educate.

The lay-out of the exhibition will introduce the visitor to the history of Cuba through political posters, putting the events that inspired the artists of the revolutionary era in context.