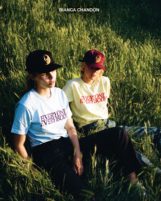 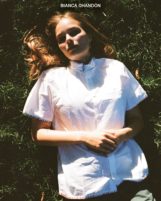 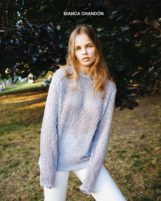 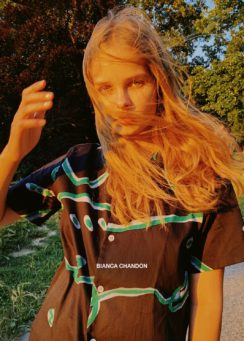 Images above are Bianca Chandon photos by Viktor Vauthier. Below are Call Me Nine One Seven photos by Chris Shontig. 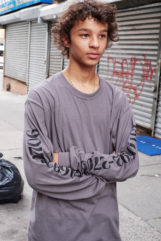 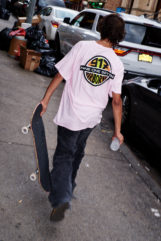 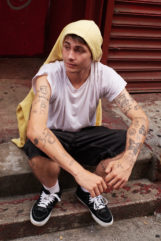 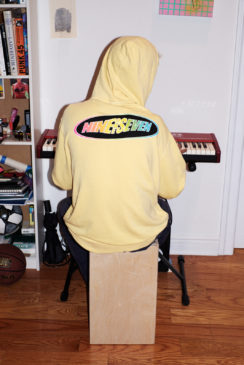 One day a few months ago I met Alex Olson the iconic skateboarder turned entrepreneur of two brands Bianca Chandon and Call Me 917.  At the age of 12 he became a skateboarder and by the time he was 19 he went pro making him the first second-generation professional skateboarder. His father, Steve Olson is the iconic skateboard pioneer. His big break came at the age of 19 when the prestigious skate company Girl Skateboards offered him a sponsorship. He worked with them then was sponsored by Louis Vuitton, Vans and Nike. 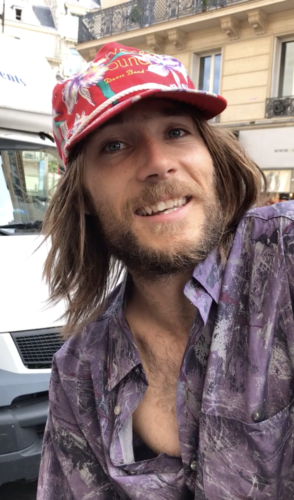 He went through various stages of being into skateboarding and then not so into it. After seeing the 1975 dark comedy Shampoo starring Warren Beatty, he even considered becoming a hairdresser but when he saw how many hours it required to get a license the idea and interest quickly evaporated.

He started Bianca Chandon because initially he needed a skateboard for a company called Girl and he left there because he was bored of their designs. He wanted to start something new and make it more than a skateboard company taking influences from old Purple Magazines.  The concept for Bianca Chandon was in 2013 but was launched in 2014. Success came so fast that he was not really ready for it and got the idea to split the company into two. Bianca Chandon as the fashion brand and Call Me 917 a skateboard company.  The company is based in New York and Production is in North America. He and his partner Robin Fleming are very concerned with keeping emissions down. Another way he keeps the company sustainable is by principally using dead stock that he finds in Hollywood and trying to go organic when he can. As a small brand this is quite expensive and not that easy to be 100%sustainable, but he makes efforts in that direction.

You cannot put Alex in a box and just label him as a skateboarder because he is so many things at the same time, an entrepreneur, a DJ, and heavy into meditation and his vegan life style. He’s also someone that believes in giving back. One example is the inspiration he got from watching the 1990 documentary on drag culture “Paris is Burning” inspired graphics for his collection and rather than just ‘appropriate’ something from the LGBT community he made a point of giving back to them his support. This seems a bit unusual for a straight male to support the LGBT community in such an overt way, but it is reflective of the vegan artist with a heart. In an interview with the New York Times he said, “Some people consider skateboarding a sport, but I judge it more like dance,” he said, “Skating is like voguing: Whoever has the best style wins the competition.”

He became a vegan a few years ago when his grandmother became sick and read a lot of books on health and well-being and decided to give up eating meat and dairy. He was introduced to meditation first when he and a girlfriend went to a TM session which cost like one thousand euros for something that by all rights should have been free, he said that it felt like a scientology kind of meditation cult. But like all bad experiences it led him to Headspace which got him into the habit of meditating until he did not need any outside help to discipline himself. Currently Alex  continues with his 2 brands, DJ’ing and surfing, doing his morning routine of meditation and yoga and if things keep going the way they are politically in the US he dreams of setting up roots in the South of France by a body of water where he can surf the waves.