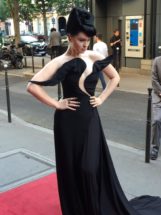 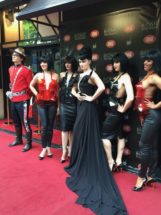 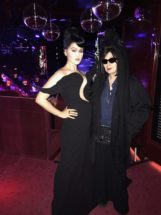 Despite having her leg amputated in 2007, Latvian-born performance artist Viktoria Modesta transforms her disability into opportunity and her prosthesis into designer jewellery. Having appeared in the closing ceremony of the 2012 London Paralympics and gone viral with her performance in the video of her 2014 song “Prototype” — in which she appears in a tutu with a spiked prosthetic leg — she is currently guest of honour at the Crazy Horse in Paris, where she stars in several specially-created scenes with the cabaret’s troupe of nude dancers.