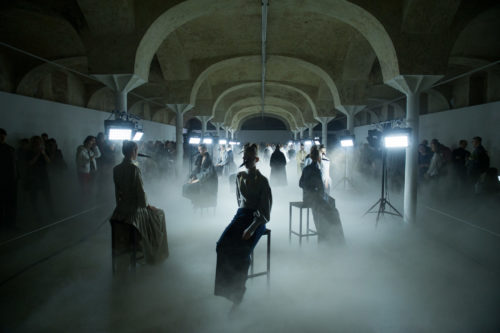 Svetlana Tegin is one of the most internationally known Russian designers being called the Russian Sonia Rykiel as she is known for her knits. Every year she goes to Mongolia where she sources some of her cashmere. Personally I am a big fan of her outerwear, streamlined cuts and beautifully fabricated. We first met in Paris, again in Moscow and recently, quite by accident, in Istanbul. Svetlana was born in Kiev, moved to Moscow and designed costumes and decor for club performances and fashion shows at the start of her career. She opened her own brand in 2001 continues her luxurious ready to wear as well as designing costumes for films.