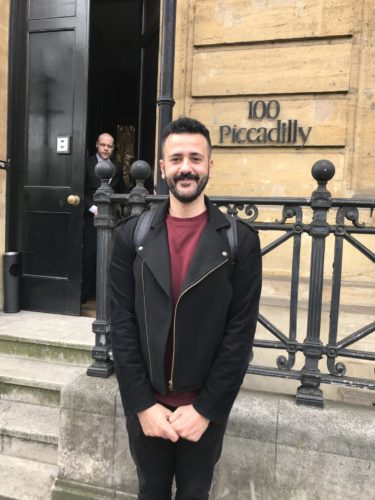 Kostantinos Menelaou is standing in front of 100 Piccadilly where we just exited from the most interesting chat with Ali Kahlil, Phenomen Films and saw where 700 hours of films for DAU were edited. No photos are videos permitted but we did have a lovely Russian lunch. In the car to St Pancras I asked Konstantinos what he thought about people saying that Athens was the new Lisbon…which was the new Berlin…and of course about his film, He Loves Me, which is screening tonight Friday 22nd in London.