A pioneer within Ukrainian fashion, Lilia Poustovit was one of the first female designers to launch her own brand in the late 1990s. Her signature garment is the dress -as well as her exploration of print- illustrating her restrained silhouette and emphas on comfort. There is a modesty within Ukrainian fashion that I found refreshing. Overt sexuality doesn’t seem to fascinate designers there and it often was more about covering the body than bare flesh. If Poustovit’s direction is decidedly feminine, she nevertheless introduced men’s blazers this time -belted at the waist- and deconstructed some of her key prints, using patterned fragments to create tension on her pieces. One checked dress had a flower print shoulder, while other garments tended to merge motifs in surprising ways. The ongoing dialogue between naive-looking flowers and stark optical stripes was an intriguing one, and it’d be nice to see her take that kind of experimentation one step further next season. 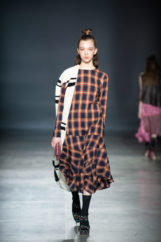 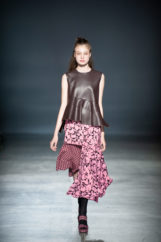 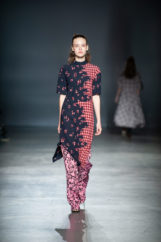 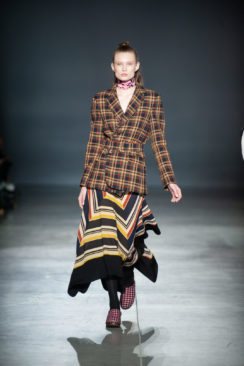 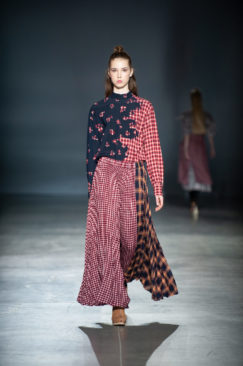