This was my first time attending Ukrainian Fashion Week in Kyiv and I was surprised by the amount of designers on the calendar, especially young ones. Ivan Frolov -who is still in his 20s- showed his debut collection there in 2014 and has been supported by Vogue Ukraine ever since, describing him as one of the country’s most promising talents. Eschewing the traditional runway format, Frolov went for a performance set instead, letting male and female models dance and interact together. Frolov is definitely the beloved extrovert of Ukrainian fashion and his work tends to be bold and provocative. This time though, the audience noticed his sleek tailoring and precise cuts, as well as gowns that played with the idea of deconstruction and androgyny. If Frolov has a loyal clientele coming especially to him for frothy dresses and dreamy evening wear, he is a fine tailor and should explore that area further. “Edgy Glamour” sums up his clothes well. 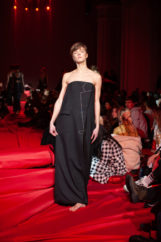 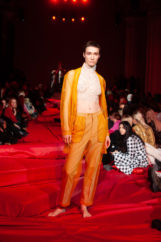 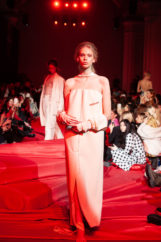 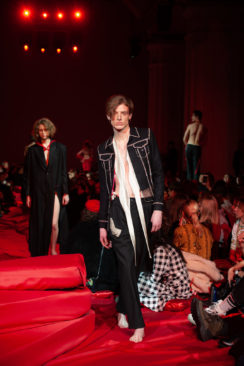 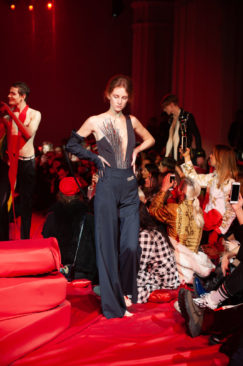